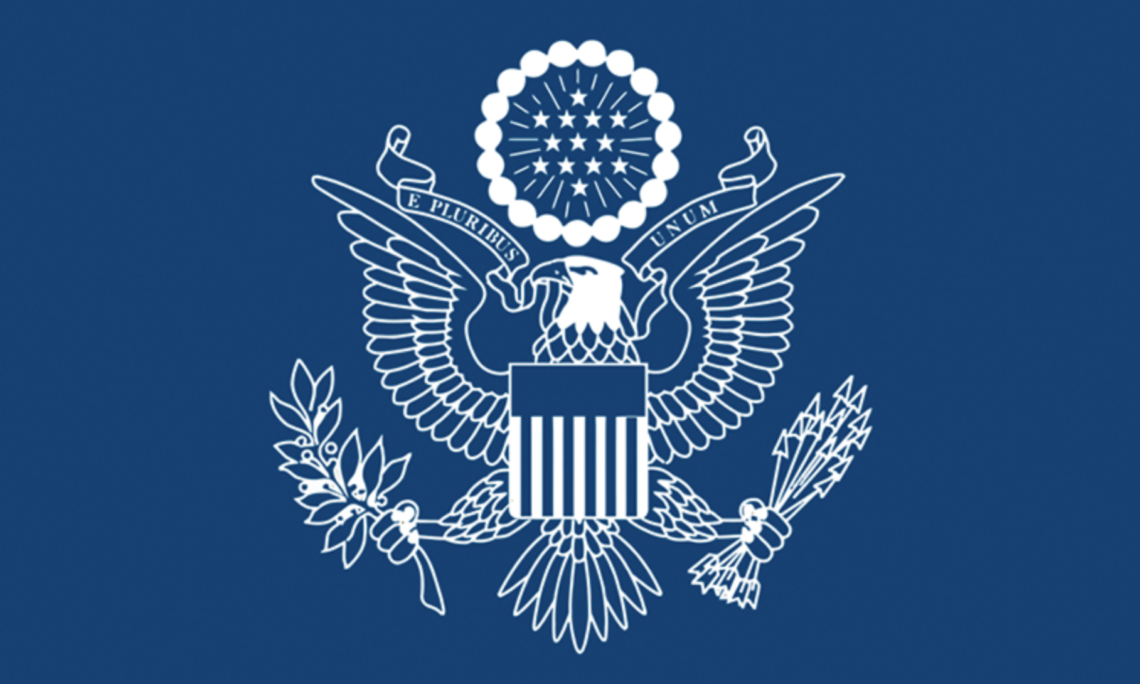 Early on February 24, Russian President Vladimir Putin ordered an unprovoked and unjustified attack on Ukraine by Russian military forces. This premeditated war of choice will bring a catastrophic loss of life and human suffering.  Russia alone is responsible for the death and destruction

We condemn in the strongest possible terms Russia’s military invasion of Ukraine.  Such use of force and coercion has no place in the 21st century. Russia has ignored multiple offers of a diplomatic way forward, including negotiations through the Normandy Format and OSCE Trilateral Contact Group based on the Minsk agreements, unanimously endorsed by the UN Security Council. We call on Russia to immediately cease hostilities, withdraw its military from Ukraine, and fully respect Ukraine’s territorial integrity, sovereignty, and independence. If President Putin does not, we will continue to hold him accountable.

We have a duty to speak out when a country so callously violates the sovereignty of its neighbor. The international community cannot accept blatant violations of the United Nations Charter, in particular, the Charter’s prohibition on the use of force.

ASEAN is built on the respect of these principles. The ASEAN Treaty of Amity and Cooperation (TAC) of 1976 stipulates the following principles: mutual respect for the independence, sovereignty, equality, territorial integrity and national identity of all nations; the right of every state to lead its national existence free from external interference, subversion and coercion; non-interference in the internal affairs of one another; settlement of differences or disputes by peaceful means; and renunciation of threats or use of force. Several signatories of this article have reaffirmed these principles in their respective accessions to the TAC, which Russia acceded to in 2004.

Even though these events might occur thousands of kilometres away from the Lao PDR, Russia’s actions concern us all.  Undermining the principles of the rules-based international order weakens the foundation of international cooperation.  Russia’s actions are nothing less than a direct challenge to our international laws and norms that protect sovereignty and preserve peace.

Ukraine is a sovereign state and a member of the United Nations. Russia’s violation of the UN Charter’s prohibition on the threat or use of force against the territorial integrity and political independence of Ukraine is a matter of grave concern for all countries around the globe.

The signatories of this article are preparing additional measures to impose economic and financial consequences for Russia’s unilateral actions.  Together, we will respond in a united and decisive way.  We will hold Russia accountable.

It is equally important that the community of nations makes it absolutely clear that this act of aggression has no place in today’s world.  This is not just a European problem, it is a global issue that brings political costs as well as personal ones to people all around the world.

Our thoughts are with Ukraine and the innocent women, men, and children who will pay the highest personal costs for this Russia-initiated war, as do civilians in all wars.  However, the suffering Russia has instigated will extend far beyond the sovereign borders of Ukraine.  In a world focused on recovery from the COVID-19 pandemic, Russia’s unilateral aggression will raise costs for all countries.  Even here in the Lao PDR, Russia’s war has the potential to further increase already rising prices for fuel, food, and other goods.

It is important that all nations and citizens of the world, from our capitals to here in Vientiane, make clear they stand with Ukraine and echo United Nations Secretary General António Guterres’ plea to President Putin: “In the name of humanity bring your troops back to Russia.”

Russia must return to the diplomatic path. We are all committed to pursuing diplomatic means to end this war.  In this goal, we are united.  We stand with Ukraine.