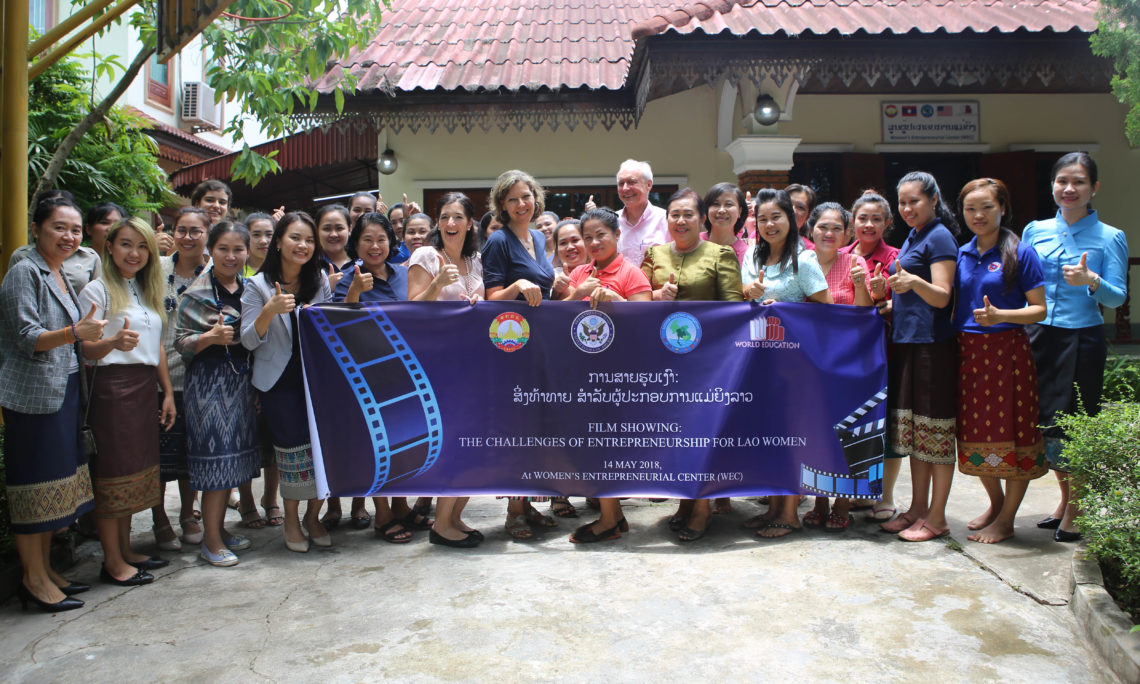 MAY 15, 2018, VIENTIANE: A U.S. documentary filmmaker visited Vientiane from May 11-16 to show her film about entrepreneurship and discuss ways to promote small businesses in the Lao PDR.

Ms. Cheryl Miller Houser is a well-known film producer and director from New York, who is visiting Laos under the auspices of the U.S. State Department-funded American Film Showcase. Her recent film Generation Startup tells the story of six young people and the challenges they face when trying to open new businesses in the city of Detroit, Michigan.

During her visit to Laos, Ms. Houser showed her film to students of business and management at the National University of Laos, Soutsaka College, and Rattana College of Business Administration. Following film screenings, students discussed the importance of entrepreneurship for stimulating the local economy.

Ms. Houser also gave presentations at Toh-X Co-Working Space with young entrepreneurs in the tech and digital industry, exchanged ideas with businesswomen at the Women’s Entrepreneurial Center, and addressed filmmakers at the American Center at That Dam.

“The U.S. Embassy is dedicated to helping the Lao PDR continue its impressive economic growth, and promoting entrepreneurship is an important part of that,” said U.S. Ambassador Rena Bitter at a reception she gave at her residence for the film community on Saturday May 12th.

“I have been nothing short of amazed by the talent of Lao filmmakers,” said Cheryl Houser. “It is such an honor to be able to work with such engaging people in the film and entrepreneurial community in Laos.”

Ms. Houser’s visit to Laos is part of a three country tour of Southeast Asia, which also includes Vietnam and Cambodia.