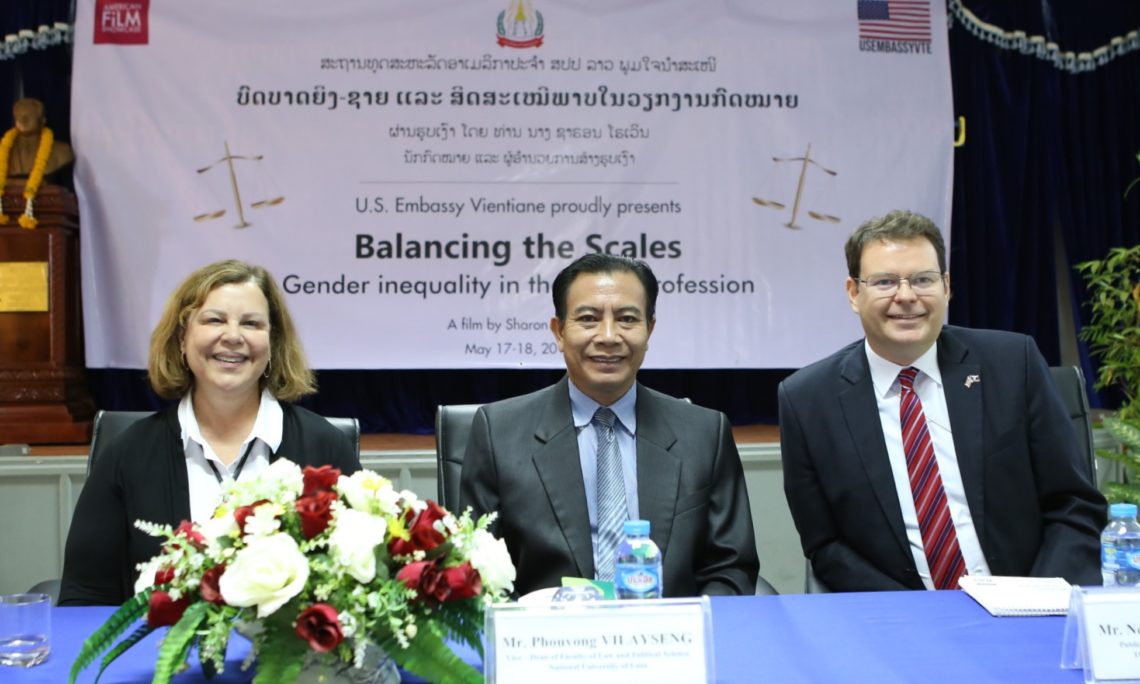 VIENTIANE, LAO PDR – On May 17-18, 2019, the U.S. Embassy in Vientiane hosted a filmmaker from the American Film Showcase program who visited multiple Lao legal institutions and presented excerpts from her documentary film on gender and rule of law.

During a two-day visit to the region, American filmmaker Sharon Rowen conducted workshops at the National Institute of Justice, the Lao Women’s Union and the National University Faculty of Law.

Ms. Rowen is a lawyer and filmmaker by profession. Her documentary film, Balancing the Scales follows the careers of prominent women lawyers and judges like U.S. Supreme Court Justice Ruth Bader Ginsberg, portraying the challenges they face as professionals in the legal field.

“I made this film as a way to start a conversation about topics like gender balance, and how society views women as leaders. Women are often forced to make difficult choices between their career and their family responsibilities,” said Ms. Rowen.

During the workshops, law students and lawyers from the Lao Bar Association discussed the role of gender in the development of Laos’ legal field. They also talked about the importance of promoting rule of law, a key priority of the Lao government.

This project was made possible with funding and support from the American Film Showcase program, which brings award-winning American films to audiences around the world.  Funded by a grant from the State Department’s Bureau of Educational and Cultural Affairs and administered by the University of Southern California School of Cinematic Arts, the American Film Showcase highlights the value of film in fostering understanding and cooperation, dialogue and debate.