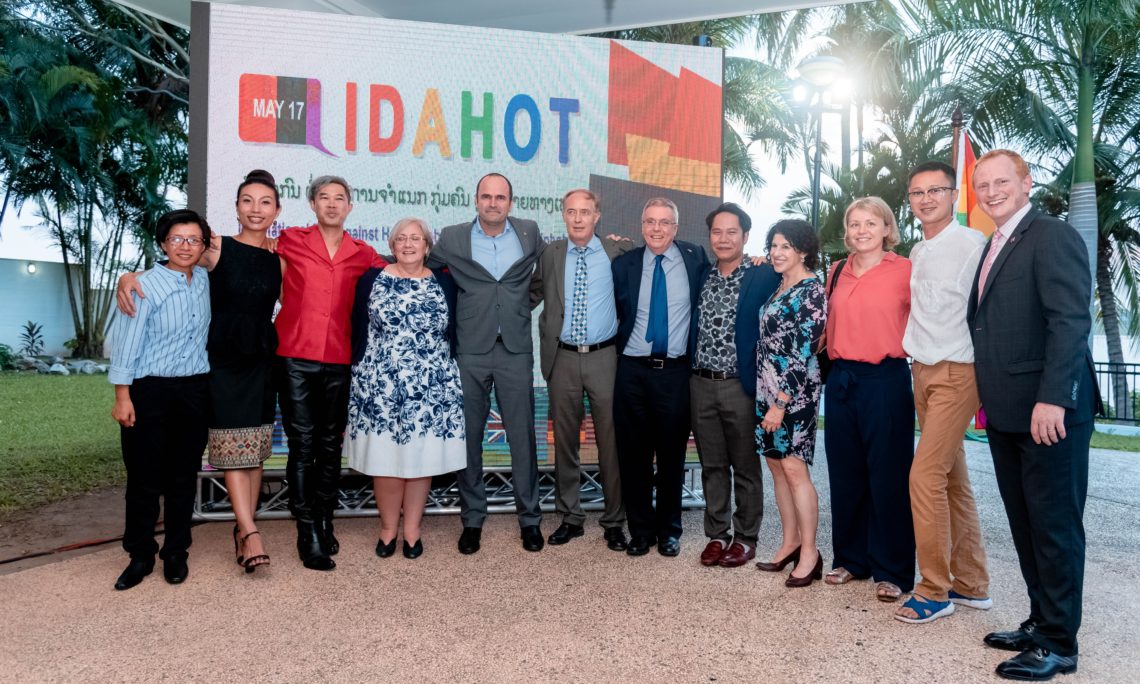 VIENTIANE, LAO PDR: On May 17, 2019 members of the international diplomatic corps, business community and civil society met to mark the International Day against Homophobia, Biphobia, and Transphobia (IDAHOT) at the Australian Embassy in Vientiane.

Representatives from the Office of the Embassy of Canada, the Australian Embassy, the British Embassy, the Delegation of the European Union, the French Embassy, the German Embassy, the Luxembourg Embassy, and the U.S. Embassy co-hosted a reception with Proud to be Us Laos, a civil society organization whose aim is to create a positive environment for young underrepresented people in the lesbian, gay, bisexual, transsexual, and intersex (LGBTI) community in Laos.

The guests included members of the Lao government, the diplomatic community, civil society and the business community. The reception focused on promoting the inclusion LGBTI individuals and increasing awareness of equal health services, educational and employment opportunities in the Lao PDR.

Speaking on behalf of hosts of the event, Canadian Ambassador to Laos Donica Pottie noted that IDAHOT is commemorated by millions of people around the world.

“Only by being truly inclusive can we collectively solidify the progress made on LGBTI rights around the world over the last decades, and prepare a more just future for all,” said Ambassador Pottie.

IDAHOT was created in 2004 to draw the attention of policymakers, the public and the media to the violence and discrimination experienced by LGBTI people internationally. Each year on May 17th, IDAHOT is celebrated in more than 130 countries, and seeks to promote a world free from discrimination for all, irrespective of sexual orientation or gender identity or expression.