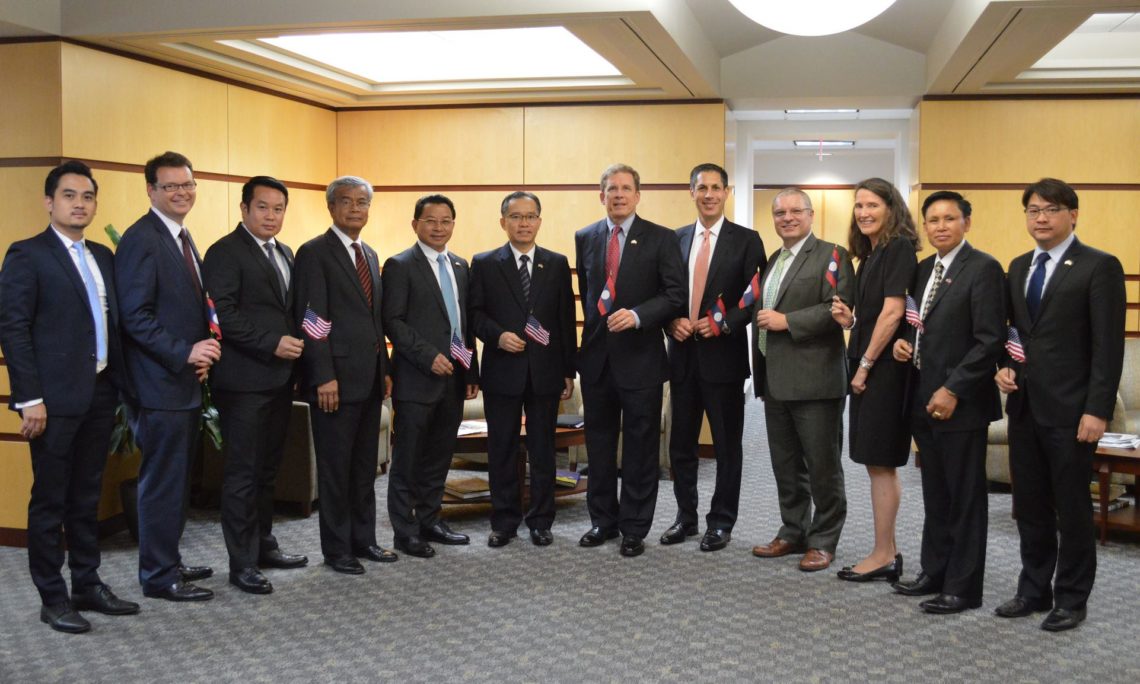 The United States and the Lao People’s Democratic Republic held their 8th annual Comprehensive Bilateral Dialogue on July 25 in Washington, D.C.  Acting Assistant Secretary of State for East Asia and Pacific Affairs Susan Thornton led the U.S delegation, which included representatives from the U.S. Departments of State, Defense, and Commerce; Office of the U.S. Trade Representative; and the United States Agency for International Development.  Lao PDR Vice Minister of Foreign Affairs Thongphane Savanphet led the Lao delegation.  The two sides affirmed that the U.S.-Lao relationship is stronger than ever and expressed satisfaction at progress in forging greater cooperation as outlined in the 2016 Joint Declaration on the Comprehensive Partnership.

The U.S. and Lao delegations reviewed progress in removing unexploded ordnance (UXO) in Laos and welcomed continued U.S. support for clearance efforts, highlighting progress made on a national cluster munition survey which will define and quantify contamination in the most heavily impacted areas.  U.S. and Lao officials also reviewed wide-ranging development cooperation in health, nutrition, and education and discussed freedom of expression, religious freedom, and labor rights, emphasizing the important role of civil society and rule of law to good governance, shared prosperity, and stability in the region.  The two delegations reaffirmed their support for the Lower Mekong Initiative (LMI), a collaborative agreement between the United States, Laos, Cambodia, Myanmar, Thailand, and Vietnam that facilitates transboundary development and regional integration.  The United States thanked the Lao government for agreeing to host the upcoming LMI Regional Working Group in Vientiane in the fall.  The two sides pointed to the importance of human rights of vulnerable groups, including disabled persons, as well as the Lao PDR’s efforts to implement its National Action Plan to combat trafficking in persons.

The U.S. and Lao delegations agreed on the importance of deepening people-to-people ties, noting the potential of English language training; academic, professional, and youth exchanges; and university partnerships to enhance mutual understanding.  They also reviewed mechanisms to facilitate bilateral trade and investment, including their Trade and Investment Framework Agreement, and noted the opportunities for increased business between the two countries.  Both delegations look forward to holding the ninth Comprehensive Bilateral Dialogue next year.