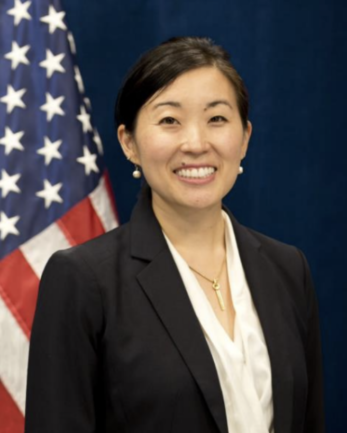 Joy M. Sakurai began her assignment as the Deputy Chief of Mission of the US Embassy in Vientiane, Laos in July 2021.

Ms. Sakurai’s most recent overseas assignment was as principal officer at the U.S. Consulate in Fukuoka, Japan. She has also served in Jakarta, Indonesia on two occasions, in Tokyo, Japan and in Islamabad, Pakistan. In Washington, she served in the Bureau of Intelligence and Research and as a staff assistant in the Bureau of East Asian & Pacific Affairs.

Ms. Sakurai is from Hawai’i and is a 2020 Distinguished Graduate of the National War College and the recipient of the college’s Theodore Roosevelt Award for scholarship and leadership. She is a former NCAA Division III swimmer and received her undergraduate degree from Lake Forest College. Her foreign languages include Japanese, Indonesian, Lao, and French. Her foreign service officer spouse and their two children have also joined her in Laos.