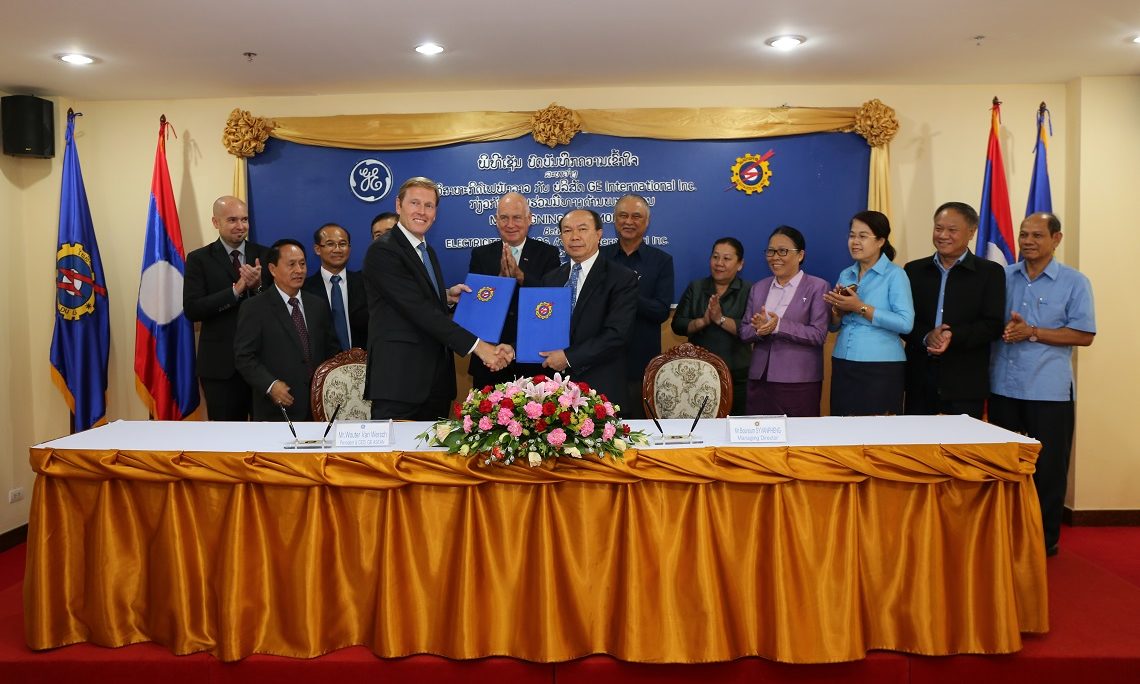 As U.S. President Barack Obama arrives for his historic trip to the Lao People’s Democratic Republic, the economic bonds between the United States and Laos continue to grow.  General Electric (GE) announced plans on September 5 to open a new office in Vientiane in order to establish a presence in the growing local market.  Additionally, GE has agreed to work with Electricite Du Laos (EDL) to study ways to improve the country’s power transmission and distribution network and cooperate with two local universities to support human resource development.

U.S. Ambassador Daniel A. Clune and Vice Minister of Energy and Mines Viraphonh Viravong witnessed the signing of the memorandum of understanding at EDL’s Vientiane headquarters. GE CEO for ASEAN Wouter Van Wersch signed the MOU along with EDL CEO and Managing Director Boun Oum Sivanpheng. Through its collaboration with GE, EDL will be able to invest in a smarter grid. improve regional connectivity with Laos’ neighbors and leapfrog old technologies.

GE also agreed to support both the National University of Laos and Poly Technical College to teach students the skills necessary to manage an increasingly complex power system.  GE will assist in the development of training and curriculum to build the capacity of the local workforce to provide energy-related services.

GE and EDL signed their new agreement on the day of President Barack Obama’s arrival to the Lao PDR for the first visit ever by an American president to the Lao PDR.  President Obama will hold bilateral meetings with President Bounnhang Vorachith and other senior Lao officials to continue to deepen the partnership between the United States and the Lao PDR.