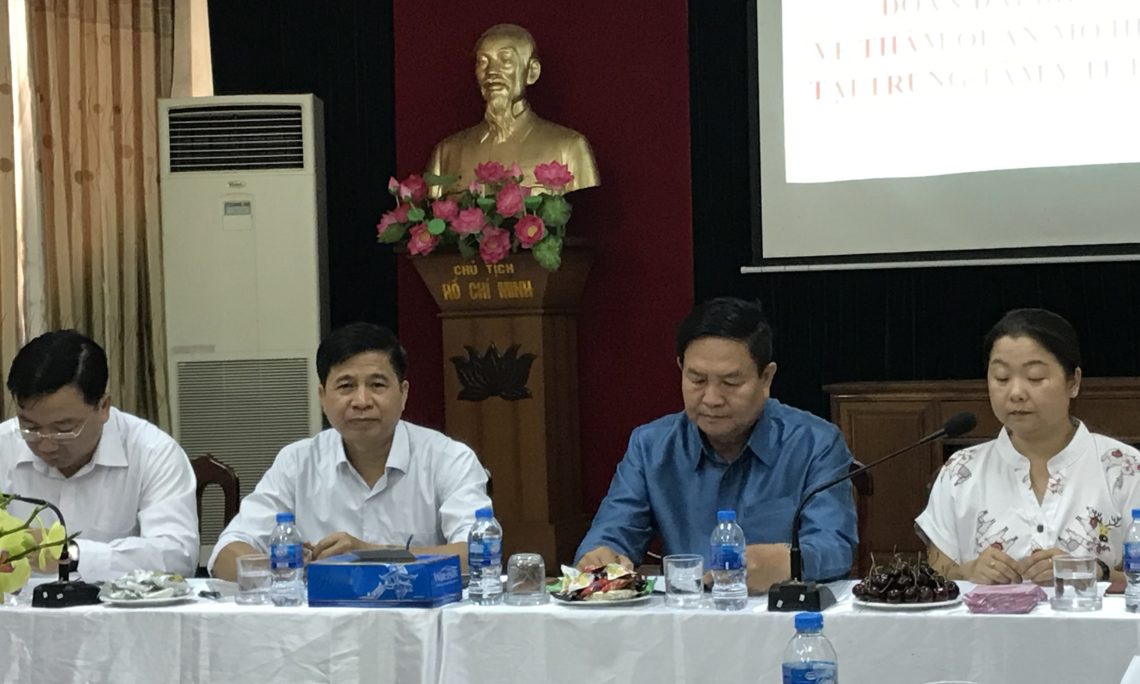 The Lao delegation was led by H.E. Mr. Khamphone Phouthavong, Deputy Minister of Health (MOH), who accompanied other senior government officials from MOH and the Ministry of Home Affairs. During their trip to Vietnam, the delegation visited more than 15 NIN divisions, departments, and centers, including a NIN field center where the delegation observed operations and implementation. The study trip included many opportunities to share experiences and lessons learned, all of which will be useful for the establishment of the new NIN facility in Laos.

The Lao NIN is receiving technical support from the U.S. government through the U.S. Agency for International Development (USAID) and the U.S. Department of Defense. The NIN will play a crucial role in the development, implementation, and management of nutrition issues nationwide. It will be comprised of leading clinicians, nutritionists, and researchers studying and initiating new approaches to help prevent and treat malnutrition, to promote the better health and well-being of people throughout Laos.

It is hoped that the Lao NIN will help reduce child malnutrition in the country, where one-third of children suffer from stunting.

“Children in Laos face one of the highest rates of child malnutrition in Southeast Asia,” said Dr. Alexandria Huerta, USAID Laos Country Office Director. “By strengthening nutrition education and research, as well as integrated service delivery, the NIN will help Laos tackle the root causes of malnutrition which include food taboos, delayed start of breastfeeding, and limited dietary diversity. The NIN’s work will be crucial to improving the overall health and well-being of the people of Laos.”

USAID is providing technical support to help establish the NIN as part of the U.S. government’s commitment to helping the Lao government sustainably improve nutrition services as the country moves toward self-reliance.  In addition, USAID works with the Lao government to strengthen the nutritional status of women and children, and expand access to clean water, sanitation and hygiene.

Beyond nutrition, USAID support in the health sector also addresses issues such as preventing HIV/AIDs, combatting infectious diseases, and empowering persons with disabilities.