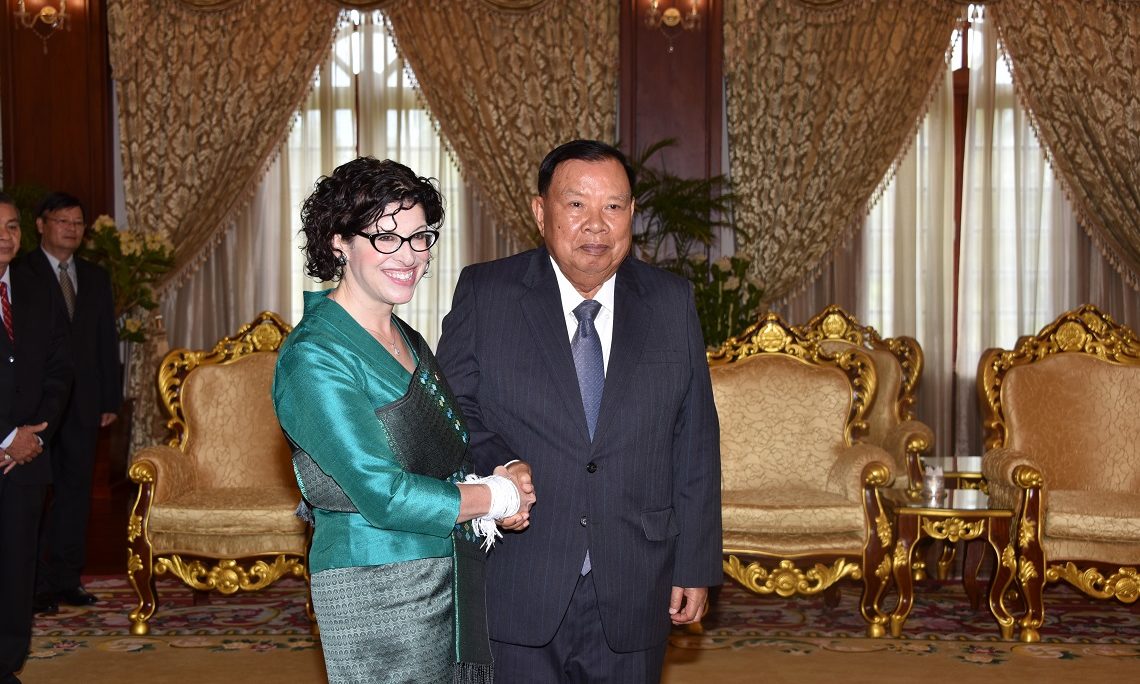 The new U.S. Ambassador to the Lao PDR Rena Bitter presented her credentials to President Bounnhang Vorachith on November 2 at the Presidential Palace.

The new U.S. Ambassador to the Lao PDR Rena Bitter presented her credentials to President Bounnhang Vorachith on November 2 at the Presidential Palace.  During her tenure as Ambassador, she is looking forward to advancing the Comprehensive Partnership between the Lao PDR and the United States that President Obama and President Vorachith unveiled in September.

Ambassador Rena Bitter is a career Senior Foreign Service Officer with more than 20 years of experience in Washington and overseas.  Most recently, Ambassador Bitter served as Consul General at the U.S. Consulate General in Ho Chi Minh City, Vietnam.  Prior to that, she served as the Director of the State Department Operations Center, the Department’s 24/7 Briefing and Crisis Management Center.  In Washington, she served on the Secretary of State’s Executive Staff and as a Special Assistant to Secretary Colin Powell.  Her overseas tours include Amman, London, Mexico City and Bogota. Ambassador Bitter grew up in Dallas, Texas.