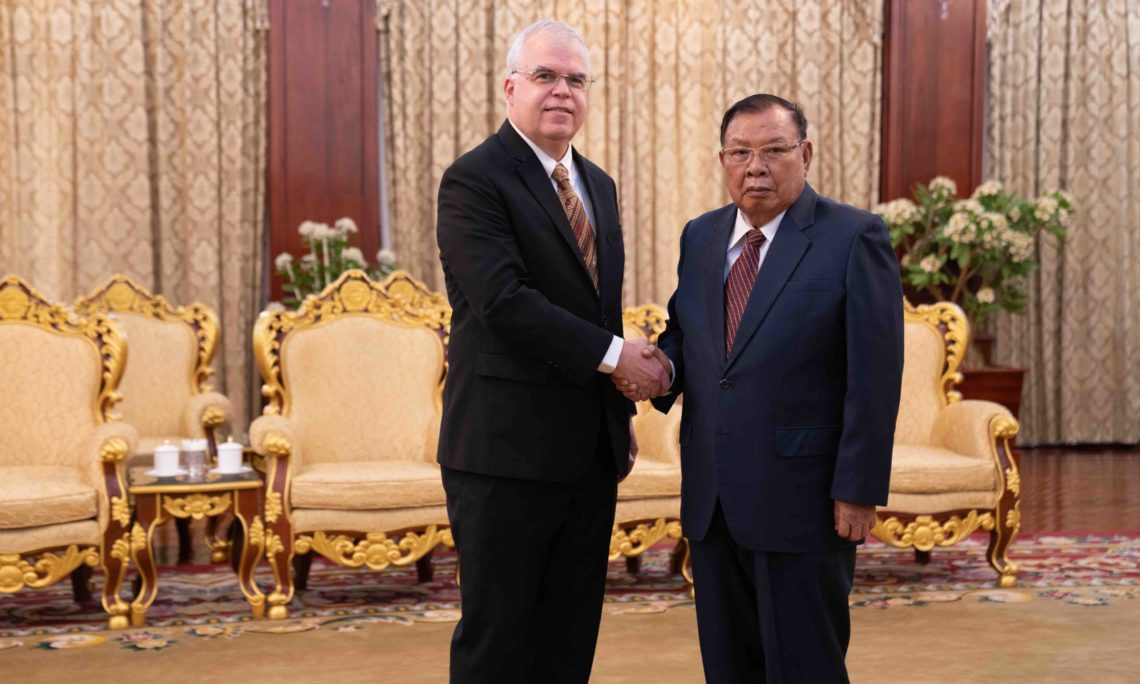 VIENTIANE, LAO PDR – On February 7, President Bounnhang Vorachit formally accepted the credentials of the new United States Ambassador to Lao PDR, Dr. Peter M. Haymond, at the Presidential Palace in Vientiane.  This is Ambassador Haymond’s third diplomatic assignment in Laos, where he and his family previously lived from 1997-2000 and 2008-2011.

Ambassador Haymond’s assignment is the latest in a distinguished career dedicated to enhancing cooperation between the United States and its partners and allies in the Indo-Pacific Region, especially with Lao PDR.  He returns to Laos at an important time, as the United States and Lao PDR continue to successfully enhance bilateral relations under the Comprehensive Partnership that was signed by the two countries’ leaders in 2016, and as Laos serves as ASEAN Country Coordinator for the United States.

“It is my honor to return to this beautiful country and wonderful culture to serve as United States Ambassador to the Lao PDR,” said Ambassador Haymond.  “I can’t wait to reconnect with old friends, and meet new ones, as we work together to expand cooperation between our two peoples and governments,” he added.

The United States partners with the Lao government and the people of Laos to improve education, promote health and nutrition, facilitate trade and investment, increase security cooperation, build capacity in the UXO Sector, and strengthen the rule of law as part of our commitment to a strong, prosperous, and independent Laos.