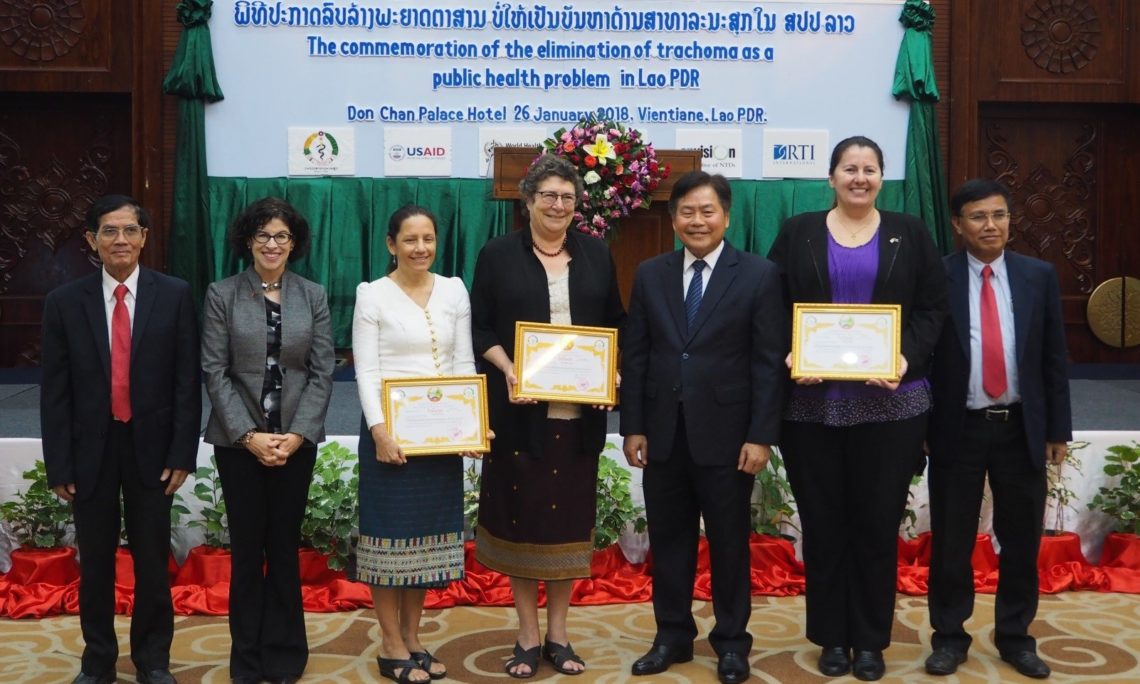 Trachoma is a blinding eye disease caused by a bacterial infection that can cause the eyelashes to turn inwards. Trachoma is generally spread from person-to-person through contact with bacteria-carrying flies and contaminated hands.

Over the past five years, the U.S. Government, through the U.S. Agency for International Development (USAID), has invested $ 2.7 million in the Lao PDR to combat neglected tropical diseases, like trachoma.

“The U.S. Government is proud to support the Lao PDR in its efforts to eliminate this terrible disease; this achievement is one of the many examples of the strong friendship and cooperation between our two countries,” remarked Ambassador Bitter at the ceremony. “We will continue working with the Lao government to ensure a stronger, healthier and more prosperous Lao PDR.”

The U.S. Government began supporting the government of Laos to eliminate trachoma in 2012 through USAID projects like END in Asia and ENVISION. These projects assisted the Ministry of Health to conduct reliable data collection on the status of trachoma in Laos, and helped determine the appropriate response required to work towards disease elimination within the country. USAID also supported the Lao PDR to conduct surveys to document and map the elimination of trachoma, as required by the World Health Organization (WHO).

USAID has become a global leader in large-scale implementation of integrated treatment programs for neglected tropical diseases like trachoma. Together with partners, USAID has supported the delivery of more than 2 billion treatments to nearly 1 billion people across 25 countries over the past 10 years. As a result of these efforts, 84 million people now live in areas where treatments for trachoma are no longer required.