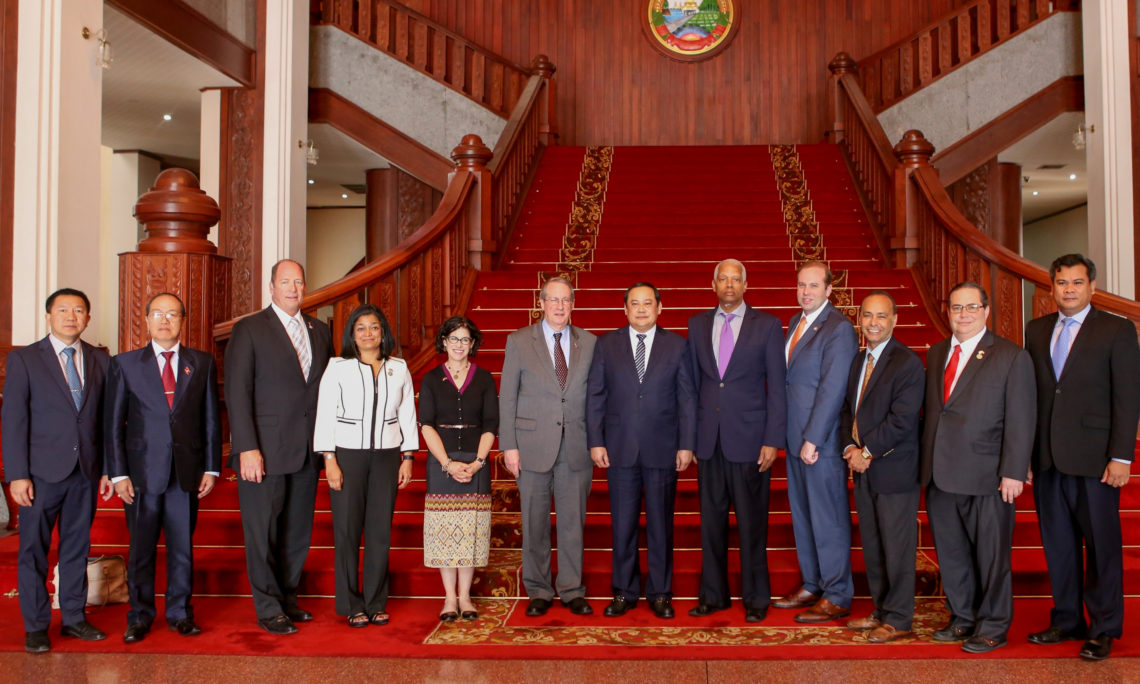 VIENTIANE, Lao PDR – Two high-level delegations from the U.S. Congress visited the Lao PDR between February 21-25.  The Members of Congress met with counterparts in the Lao government, and discuss progress on bilateral cooperation under the U.S.-Lao PDR Comprehensive Partnership.

Respectively, the two delegations were the highest-ranking and the largest U.S. Congressional delegations to ever visit the Lao PDR.

The House Appropriations Committee is widely viewed as one of the most important committees in Congress due to its influential role in determining the U.S. government’s budget, which includes foreign assistance.

The second delegation of seven members from the House of Representatives Judiciary Committee arrived February 23rd, and was led by Chairman Bob Goodlatte, a Republican from Virginia’s 6th Congressional District.

The House Judiciary Committee is charged with overseeing the administration of justice within the federal courts and federal law enforcement entities.

“The visits by these two highly influential delegations underscore the United States’ support to the Lao-U.S Comprehensive Partnership and our commitment to building stronger ties between our two peoples,” said U.S. Ambassador Rena Bitter.

The delegations also met with Dr. Vilayvong Bouddakham, President of the NA Planning, Finance & Audit Committee, and Dr. Eksavang Vongvichit, President of the NA Foreign Relations Committee. In their talks, they exchanged views on the legislature’s role in conducting oversight and ensuring accountability in other branches of government.  They also explored ways to deepen ties between the U.S. Congress and the National Assembly, including through future legislative exchanges.

The U.S. delegations were impressed by the significant advances made in the bilateral relationship across a wide range of sectors. Delegation members commended the Lao government’s efforts to strengthen the rule of law, reduce corruption, and improve the business climate.