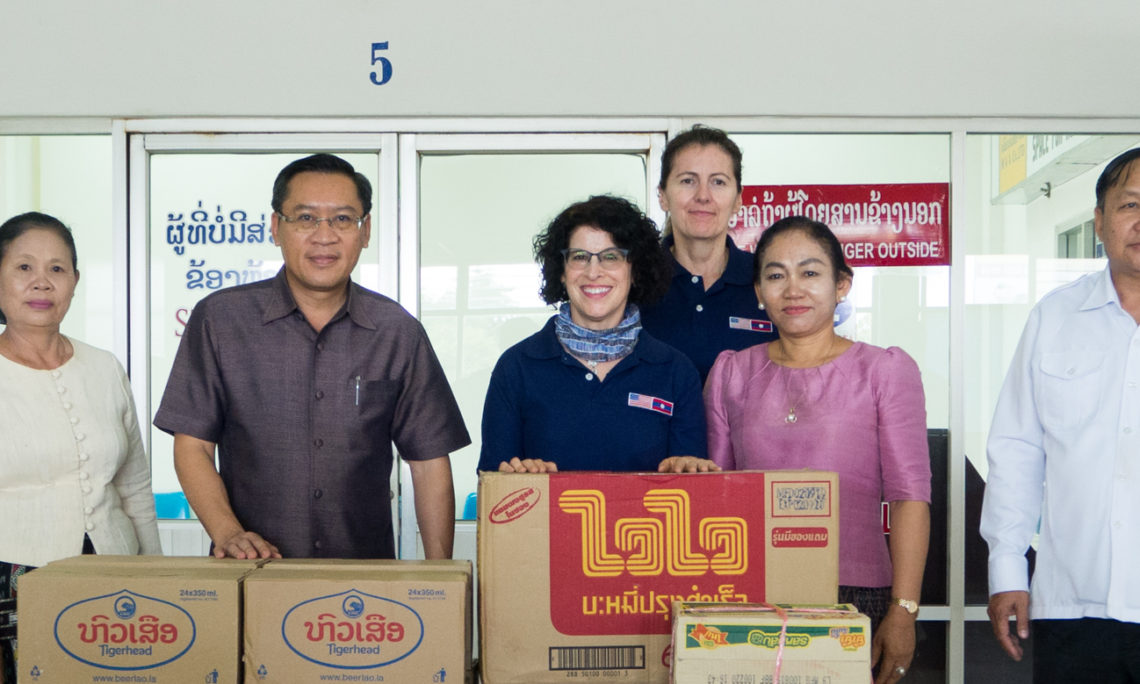 VIENTIANE, LAO PDR – On September 13, 2019, U.S. Ambassador Rena Bitter announced a Disaster Declaration, and the immediate release of $100,000 in emergency relief in flood-affected areas of southern Laos.  The people of the United States are concerned about the ongoing floods in southern Laos and are proud to support the people of the Lao PDR during this difficult time.

Through the U.S. Agency for International Development (USAID), the United States has initiated a phased emergency response, of which the first phase is now underway, including procurement of food and basic hygiene supplies for immediate distribution in the disaster area.  The food and hygiene items will be provided to flood affected families in displacement shelters, those staying with host families, and families in their home areas.  The United States has also deployed a team of experts to the affected area, and in partnership with the Government of Laos, will assess the needs and locations for deployment of targeted and impactful assistance.  This assistance follows the earlier use this week of UXO funding and support from the U.S. Government, through Norwegian People’s Aid, to help deliver safe drinking water, food and other supplies to the local population in Salavan Province who were affected by the floods.

U.S. support for emergency relief in Southern Laos is coordinated by USAID’s Office of U.S. Foreign Disaster Assistance (OFDA).  The United States previously provided emergency funds to UNICEF and IOM for humanitarian assistance following the July 2018 flooding disaster in Attapeu Province and contributed additional funding to UNICEF in March 2019 for disaster risk reduction and to assist with long term recovery.  U.S. -funded emergency relief in Laos complements ongoing assistance programs to provide school children with meals in the flooded area through Catholic Relief Services (CRS) and World Food Program (WFP) as part of the United States’ school feeding program in Laos, which is administered by the U.S. Department of Agriculture.  Throughout the Lao PDR, the United States is working to empower the people and government of Laos through programs to develop and strengthen health and education, vulnerable populations, sustainable economic growth and trade, and environmental sustainability.