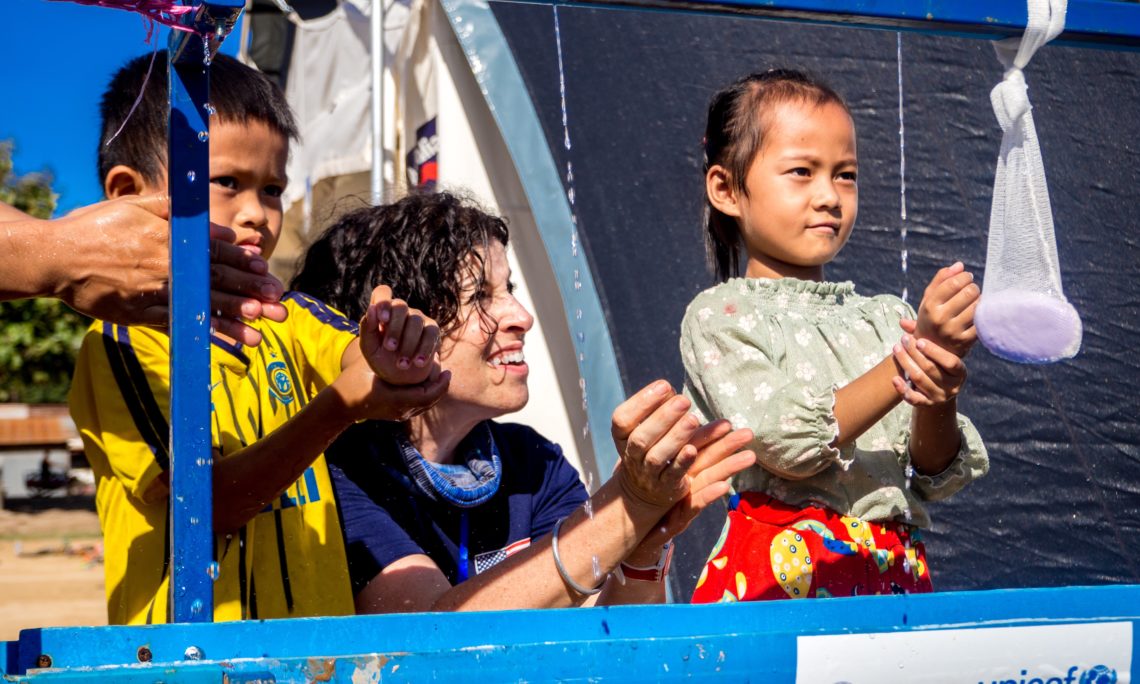 “Helping people in Attapeu is one of our top priorities,” said Ambassador Bitter. “We continue to stand alongside the Lao government and the people of Laos during this difficult time.”

Speaking with villagers, the Ambassador witnessed how U.S. Government assistance is helping people in Attapeu persevere and rebuild their lives. She saw how locals continue to benefit from newly installed mobile latrines, water pumps, and water purification supplies provided with USAID support in the immediate aftermath of the flash floods. She also participated in U.S. supported hand-washing activities with affected children.

While in Attapeu, Ambassador Bitter visited Mai Secondary school, which was built by the United States with funding from U.S. Indo-Pacific Command. The school served as a refuge by villagers during the floods, and was credited with saving many lives. Afterward she visited Khokkong Primary School and served lunches to children currently being placed at temporary camps nearby.

Ambassador Bitter’s trip to Attapeu Province follows her announcement of emergency humanitarian assistance after flash flooding in late July.  The United States and its partners continue to work closely with the Government of Laos and the international community to provide for immediate needs and support long-term recovery in the affected areas.