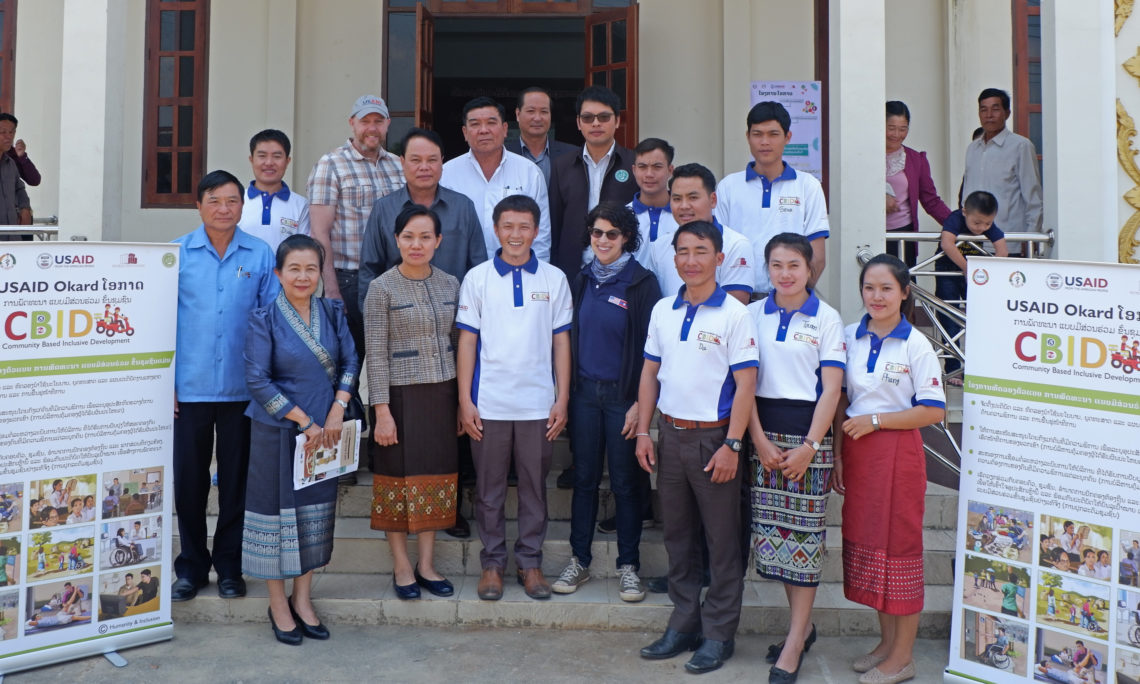 XIENG KHOUANG, LAO PDR – Continuing the United States’ proud tradition of partnering with the Government of the Lao PDR to help those with disabilities on September 24-25, 2019, U.S. Ambassador Rena Bitter joined Deputy Minister of Labor and Social Welfare, Madame Baiykham Kattiya in leading a delegation to visit a disabilities inclusion project site in Xieng Khouang Province supported by the United States.  The delegation saw first-hand how the U.S. Government’s Okard project, funded through the U.S. Agency for International Development (USAID), works with the Government of Laos to help persons with disabilities engage in their communities and participate more actively in society.

“I was impressed with the work of these CBID facilitators,” said Ambassador Bitter. “By helping persons with disabilities access and take advantage of economic and social opportunities, the Okard project demonstrates the American people’s support for Lao citizens in building a more inclusive, healthy, and prosperous Lao PDR.”

USAID’s Okard project works with the Ministry of Labor and Social Welfare and the Ministry of Health, together with implementing partners World Education, Humanity & Inclusion, and QLA, to promote disability inclusive policies so that no person is left behind.  The project connects policy level support to individuals and communities through case management and community mobilization in two districts in Xieng Khouang and Savannakhet provinces.  In its first three months of operation, CBID facilitators have so far reached over 1,750 people as part of community awareness sessions, and have conducted screenings for more than 500 persons with disabilities in Xieng Khouang Province.

The United States partners with the government and people of Laos to improve education, promote health and nutrition, facilitate trade and investment, and strengthen the rule of law.