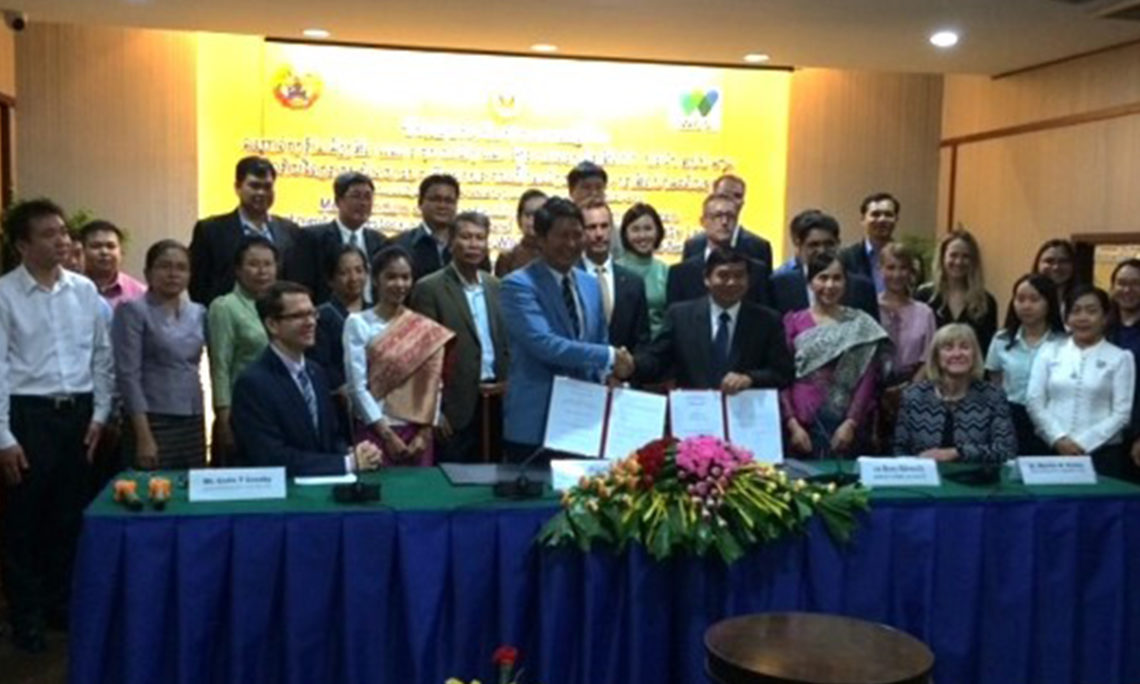 VIENTIANE, LAOS – In order to help improve the health of Lao citizens and the country’s livestock, the United States announced its support on October 4, 2019, for development of a national wildlife disease surveillance network.  This $700,000 project, which is funded by the United States through the Defense Threat Reduction Agency (DTRA), will support efforts by The Wildlife Conservation Society (WCS) and the Department of Livestock and Fisheries (DLF) in the Ministry of Agriculture and Forestry (MAF) to build the capacity within government agencies and institutions to develop an effective national-scale wildlife health surveillance network in Lao PDR.

“The United States and Lao PDR have been cooperating for more than ten years on strengthening public health in this country, and we are excited to support this new project to strengthen the health and well-being of people and animals through accurate and early disease detection,” said U.S. Chargé d’Affaires Crosby during the signing ceremony.  “Combatting the threat of emerging infectious diseases in livestock enhances public health, biodiversity, economic development and stability, and the United States is here to help you achieve these important goals.”

This project is led by WCS in partnership with the Lao National Animal Health Laboratory (NAHL), and in collaboration with other governmental departments, the Institute Pasteur du Laos (IPL), the Lao Oxford Mahosot Wellcome Trust Research Unit (LOMWRU), wildlife rescue centers, and national protected areas.  The focus is to further increase the capacity within Lao government to conduct wildlife surveillance on a national scale, in accordance with the World Health Organization (WHO) International Health Regulations (IHR 2005) and World Organization for Animal Health (OIE) Guidelines.

Together, this program will look for pathogens that are important to the health of animals and people in Lao PDR, in line with priorities defined by the Lao government.  This initiative complements other U.S.-funded efforts designed to support the Government of Lao PDR in reaching their strategic objectives to combat the threat of emerging infectious diseases on public health, biodiversity, regional development and stability.