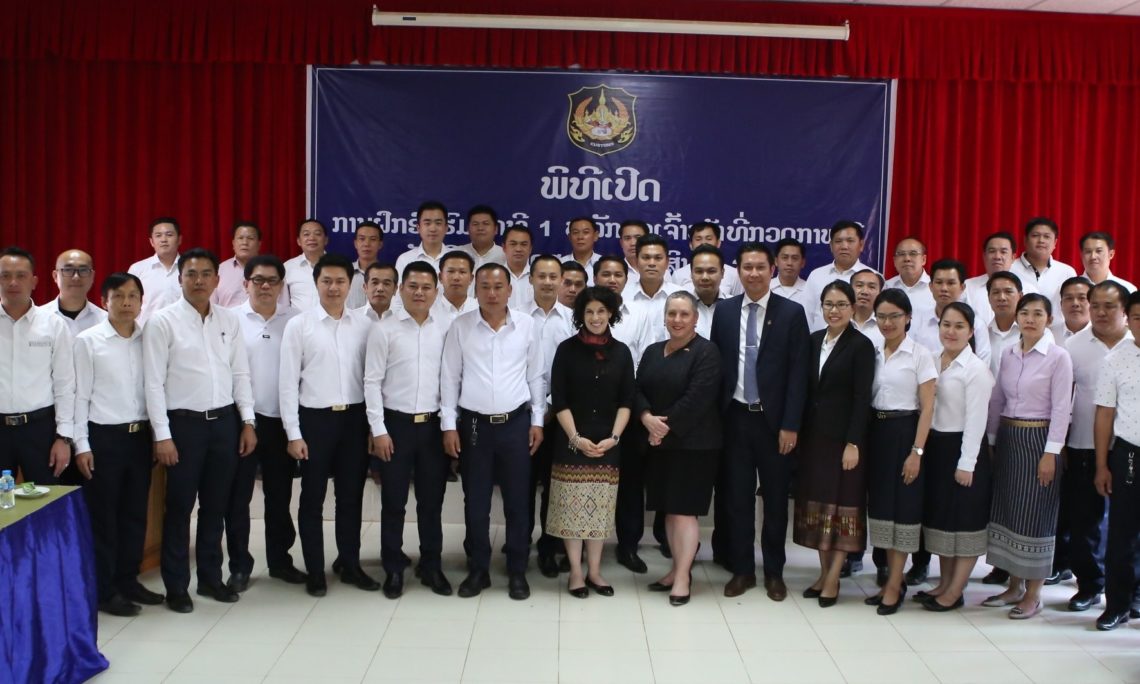 VIENTIANE, LAO PDR – A senior U.S. official reinforced the United States government’s support to the Lao PDR as the two countries work together to counter illegal narcotics and transnational crime.

“During this time, our two countries have worked together to combat transnational organized crime, the illegal cultivation and trafficking of drugs, humans, and wildlife,” said Assistant Secretary Madison. “We value our excellent cooperation and we look forward to building further cooperation on these issues, which affect both of our countries.”

INL is also working with the Lao government to improve the rule of law and increase the country’s capacity to combat transnational crime, especially the illegal trafficking of drugs, wildlife, and persons along the country’s borders.  Key activities include providing training to police, customs agents, judges, and prosecutors to support their efforts to reduce cross-border criminal activity.  INL also provides support to the Lao Anti-Money Laundering Intelligence Office (AMLIO) to improve its capacity to combat money laundering.

“Drugs and transnational crime threaten peace and stability, and hinder economic and social development,” said U.S. Ambassador Rena Bitter. “Assistant Secretary Madison’s visit demonstrates that we are committed to continuing to work with the Lao government in the years ahead to counter narcotics, illegal trafficking and money-laundering. These initiatives in the long run will help Laos to integrate into the global economy, and promote a free and open Indo-Pacific.”

INL works in more than 90 countries worldwide, supporting local governments to deliver justice and fairness by strengthening their police, courts, and corrections systems. Since 1989, INL has contributed more than $60 million to support a variety of projects in Laos, from community-based treatment programs for drug users, to alternative crop development projects for former opium farmers.