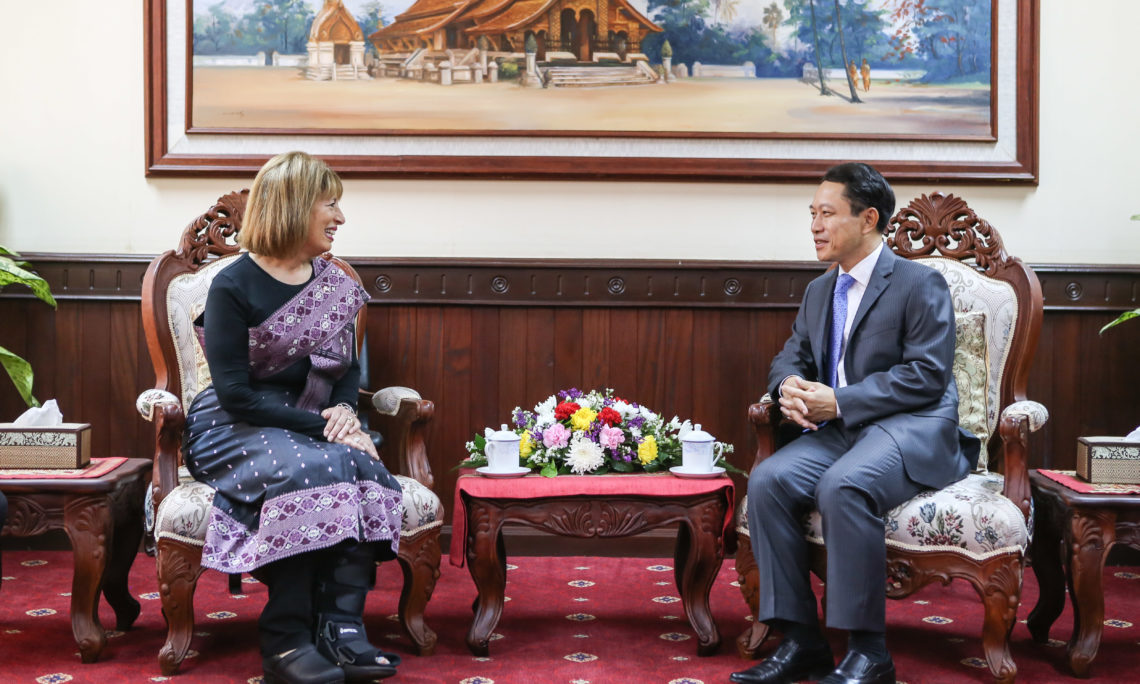 VIENTIANE, Lao PDR – A high-ranking member of the U.S. Congress visited Vientiane on April 2-3, 2018 and met with representatives of the Lao government on Tuesday, April 3, 2018 to discuss ways to strengthen cooperation in the areas of defense, public security and law enforcement.

Representative Jackie Speier is a Democratic Congresswoman representing California’s 14th Congressional District. She is a senior member of the House Armed Services Committee in the U.S. House of Representatives, which is responsible for funding and oversight of the U.S. Department of Defense.

Representative Speier met with Foreign Minister Saleumxay Kommasith on April 3 and discussed ways to increase cooperation under the U.S.-Laos Comprehensive Partnership, including on war legacy issues and law enforcement.  They also exchanged views on regional and international security issues of mutual concern. In addition, Representative Speier recognized the progress that has been made in the bilateral relationship to strengthen rule of law and fight corruption in the Lao PDR, and expressed support for Lao Sustainable Development Goal 18 – helping make lives safer and eliminating UXO as a barrier to national development by 2030.

In addition to her official meetings, Representative Speier also had the opportunity to experience important aspects of Lao culture when she visited Wat Sisaket, learned about the art of weaving traditional Lao textiles, and gave alms at Wat Simuang. Activities like these highlight the social and cultural ties between people in both countries, which can help facilitate closer relations and bridge gaps between our two governments.

“This is the third visit of high-ranking U.S. government officials to the Lao PDR this year,” said U.S. Embassy Chargé d’Affaires Michael Kleine. “This visit is a show of support to the Lao-U.S Comprehensive Partnership and our commitment to building stronger ties between our two countries.”