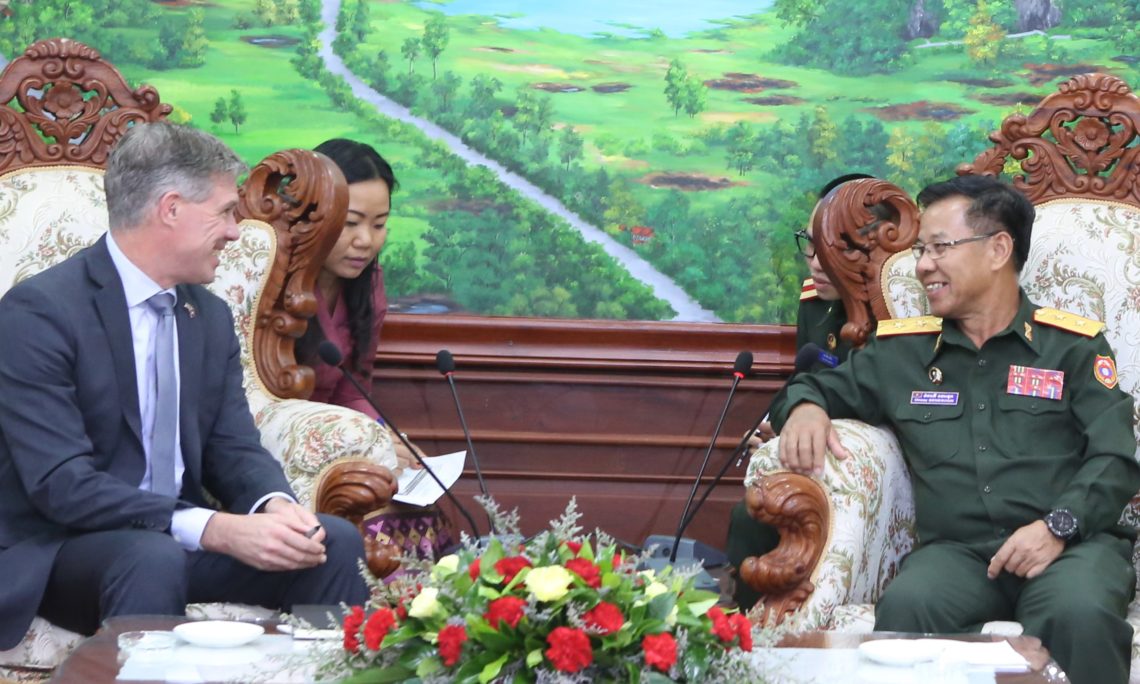 VIENTIANE, Lao PDR – A high-ranking military delegation from the U.S. Department of Defense visited the Lao PDR from January 16-18, 2019.  The military delegation met with counterparts in the Lao military and government, highlighted the growing U.S.-Lao bilateral defense relationship, and reaffirmed the U.S. commitment to the Indo-Pacific region.

“The visit of the Deputy Assistant Secretary of Defense is a testament to the level of commitment to the Comprehensive Partnership between the U.S. and Lao PDR,” said Chargé d’Affaires Colin Crosby.

Dr. Felter’s schedule also included a site visit to a US-supported program working to clear unexploded ordinance (UXO) in Laos, as well as interactions with local business leaders. The visit further demonstrates America’s commitment to ASEAN and the Indo-Pacific region.