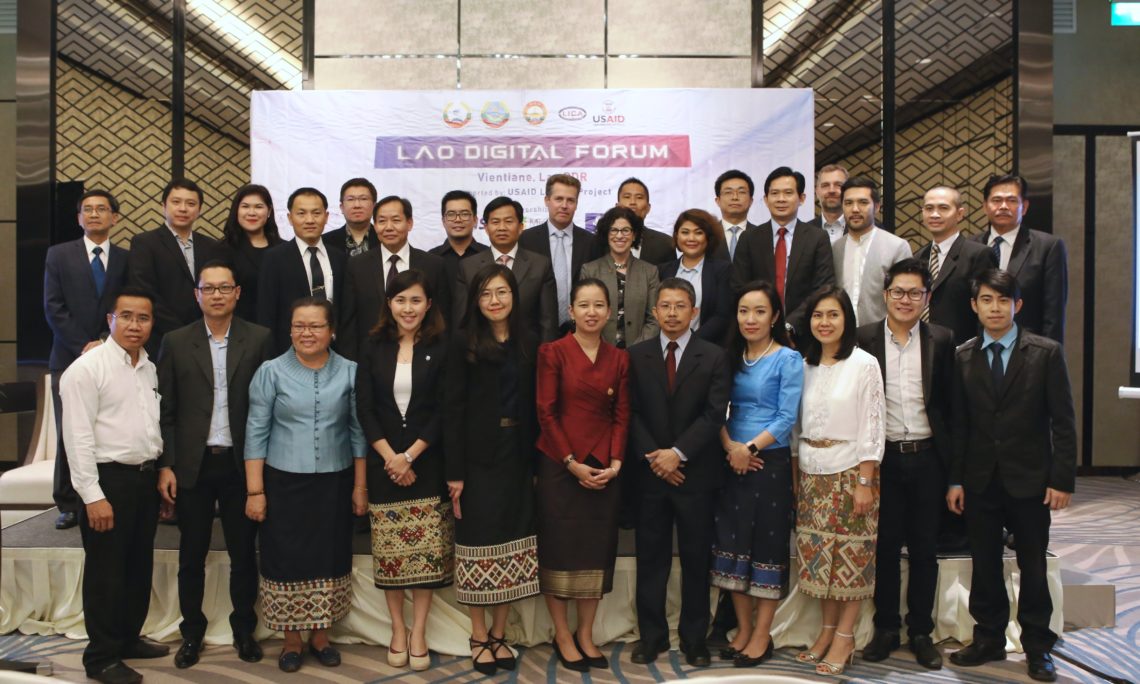 VIENTIANE, Lao PDR – U.S. Ambassador Rena Bitter made opening remarks at the first-ever Lao Digital Forum held on January 26.  The Forum focused on the global digital economy revolution and its potential benefits for microenterprises and Small- and Medium-Sized Enterprises in Laos, as well as the policy environment needed to harness the benefits of the digital economy.  Young entrepreneurs and U.S. Embassy alumni partnered with the Lao ICT Association, the Lao Chamber of Commerce and Industry (LNCCI), the Ministry of Science and Technology (MOST), and the Ministry of Posts and Telecommunications (MOPT) to organize the forum. The U.S. Agency for International Development (USAID) supported the Forum via the Laos-U.S. International and ASEAN Integrations (LUNA) project, American companies Microsoft, Visa, and Facebook were among the sponsors.

“I look forward to a time when I can pick up my smart phone, order coffee from the Bolaven Plateau, a silk weaving from Houaphan, and some sticky rice from Xieng Khoang, pay for it online, and have it delivered to my home in Vientiane,” said Ambassador Bitter.  “That is the power of the digital economy and my vision for the future is not that far out of reach.”

MOST Department of Digital Technology Director General Keonakhone Saysoulien provided an update on current digital technologies in Laos, and MPT Department of Planning and Cooperation Director General Phoukhong Chithoublok made a presentation about the policies and regulations for the use and promotion of Information and Communication Technology (ICT) in Laos, and Facebook Regional Lead for Growth Partnerships Huy Nguyen Tuong presented Facebook’s new initiative “Free Basics in Laos,” a program that offers free access to internet services and Facebook in Laos.

ASEAN is the world’s fastest growing region for internet usage, primarily driven by increasing mobile phone usage.  Between 2006 and 2015, the number of mobile internet users in ASEAN grew from 198 million to 784 million.  The ASEAN region’s rapid economic growth and large youth population mean the region is well-poised to benefit from the digital economy.