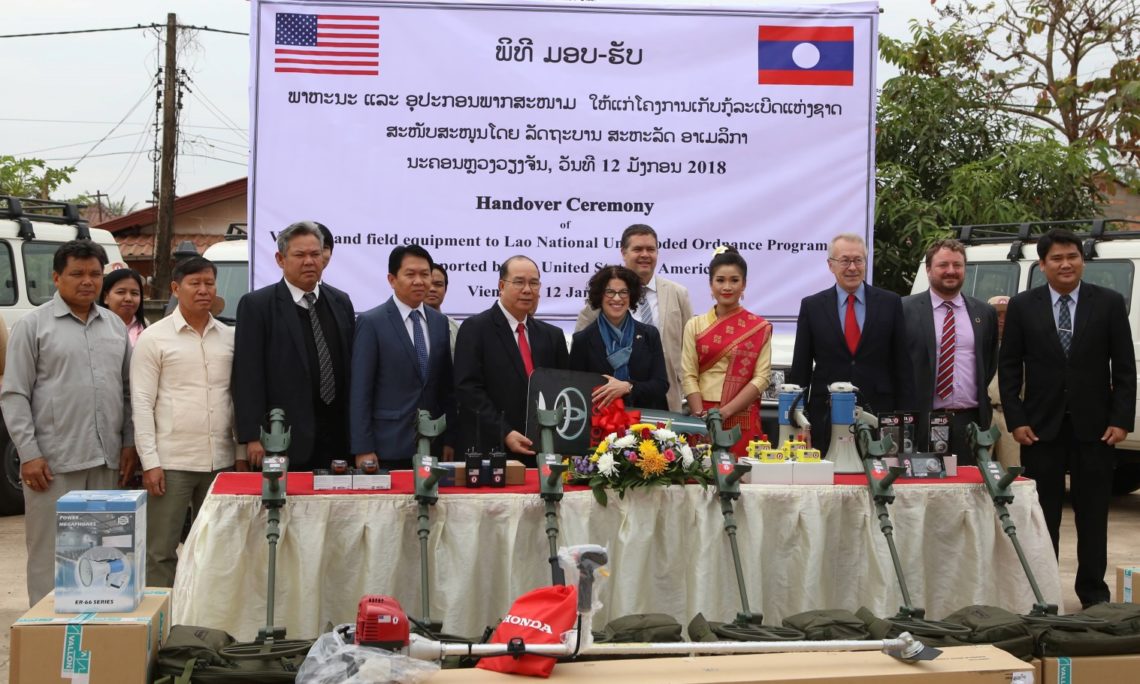 VIENTIANE, Lao PDR – U.S. Ambassador Rena Bitter handed over 15 new Toyota Landcruisers to the Lao National Unexploded Ordnance Program (UXO Lao) during a ceremony on January 12.  The contribution, valued at approximately USD 490,000, included 15 sets of equipment for 15 new UXO Lao Clearance teams that are operating in Savannakhet, Khammouan and Attapeu provinces.  These 15 new UXO Lao teams were recruited, trained and deployed in 2017 with financial support of the United States.

“This program supporting clearance of contaminated land reflects the close partnership between the United States and the Government and people of the Lao PDR for over two decades to address war legacy issues,” said Ambassador Bitter.  “Today’s contribution to UXO Lao is part of the United States’ commitment of USD 90 million over three years to fund a national cluster munitions survey, in addition to ongoing clearance of UXO.”

Since 1995, the Office of Weapons Removal and Abatement in the U.S. Department of State’s Office of Political-Military Affairs (PM/WRA) and U.S. Embassy Vientiane have worked closely with the Government of Laos to invest more than $135 million toward risk education, support for victims of UXO accidents, surveying and clearing of UXO within Laos.