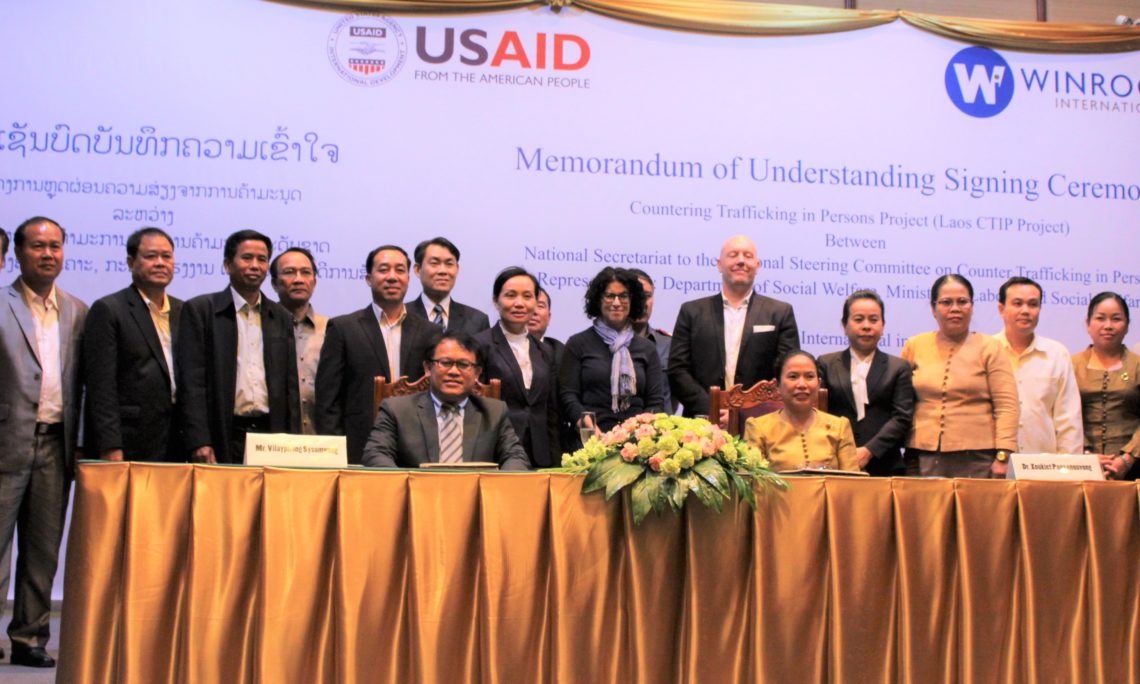 IENTIANE, LAO PDR – Continuing the United States’ support to the Lao PDR in its mission to end human trafficking, the U.S. Government and Ministry of Labor and Social Welfare formally launched the three-year Laos Counter Trafficking in Persons (CTIP) program at a ceremony in Vientiane on January 13. Mdm. Baykham Khattiya, Deputy Minister of Labour and Social Welfare and U.S. Ambassador Rena Bitter presided over the signing of a memorandum of understanding (MOU) that marks the start of the $2.3 million program, which is funded through the U.S. Agency for International Development (USAID).

“Ending human trafficking is a top priority for the United States, and a goal that we share with our Lao counterparts,” said Ambassador Bitter. “We are proud to support the Lao government in its effort to prevent human trafficking and we continue to expand our commitment to a strong, prosperous, and independent Lao PDR.”

Mr. Vilayphong Sysomvang, Acting Director General of the Ministry of Labor and Social Welfare’s Social Welfare Department joined Dr. Xoukiet Panyanouvong, Chief of Party of the USAID-funded CTIP program to sign the MOU in front of an audience of nearly 50 representatives from the Lao government and development partners.

The Laos CTIP program complements the Government of Laos’ counter-trafficking in persons efforts by strengthening authorities’ response to human trafficking cases, reducing the vulnerability of women, children and marginalized people to trafficking, and improving trafficking victims’ access to services and economic opportunity. Implemented by Winrock International, the project will be carried out in four provinces including Vientiane Capital, Savannakhet, Champasak, and Salavan.

In addition to combating human trafficking, the United States works in partnership with the government and citizens of Laos to remove unexploded ordnance as a barrier to development, improve education, promote health and nutrition, facilitate trade and investment, and strengthen the rule of law.