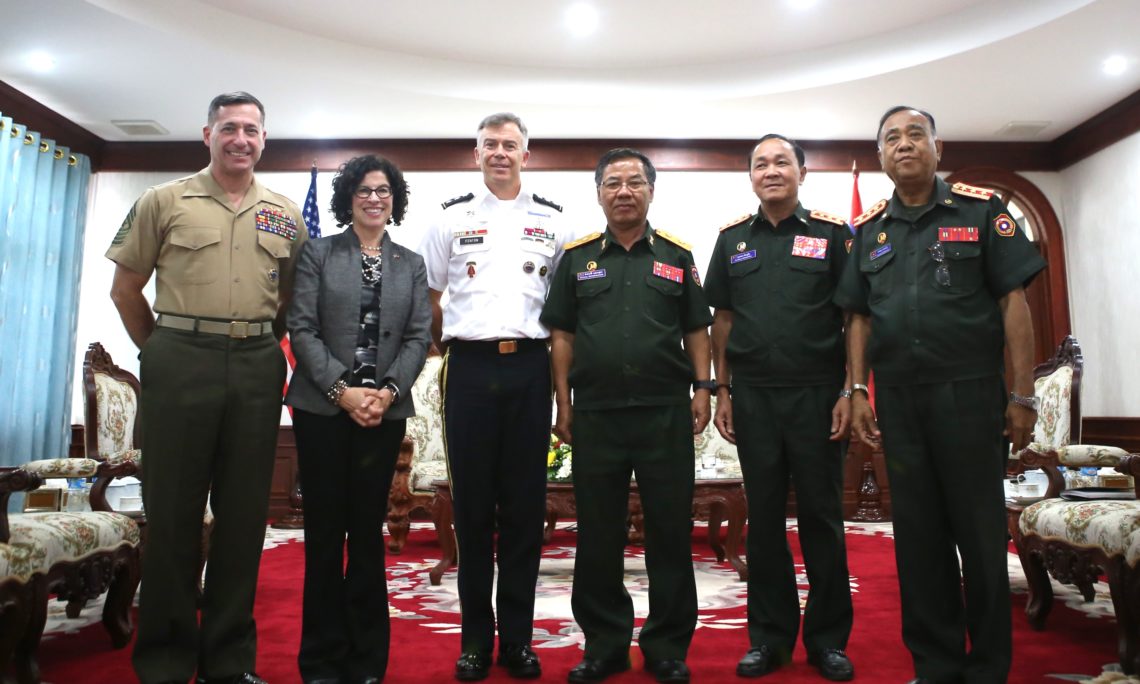 VIENTIANE, Lao PDR – A high-ranking military delegation from the U.S. Pacific Command visited the Lao government from May 10-11, 2018 to highlight the growing U.S.-Laos bilateral defense relationship and to reaffirm the U.S. commitment to the Indo-Pacific region.

U.S. Pacific Command is one of six geographic Unified Combatant Commands of the U.S.  Armed Forces. Its area of responsibility covers half of the earth’s surface, and includes 36 nations in the Asia Pacific.

Lieutenant General Fenton also underscored the U.S. Pacific Command’s commitment to working with the Lao government to continue improving the bilateral relationship and to contribute to enhancing capabilities for domestic and regional peace and stability.

“The visit of the Deputy Commander of U.S. Pacific Command is a testament to the level of commitment to the Comprehensive Partnership between the U.S. and Lao P.D.R.,” said U.S. Ambassador Rena Bitter.

The visit is an important step to advance the U.S.-Lao bilateral military relationship in key areas, and demonstrate America’s commitment to ASEAN and the Indo-Pacific region. Lieutenant General Fenton expressed his sincere appreciation to the leadership of the Lao PDR for the excellent cooperation over the years.