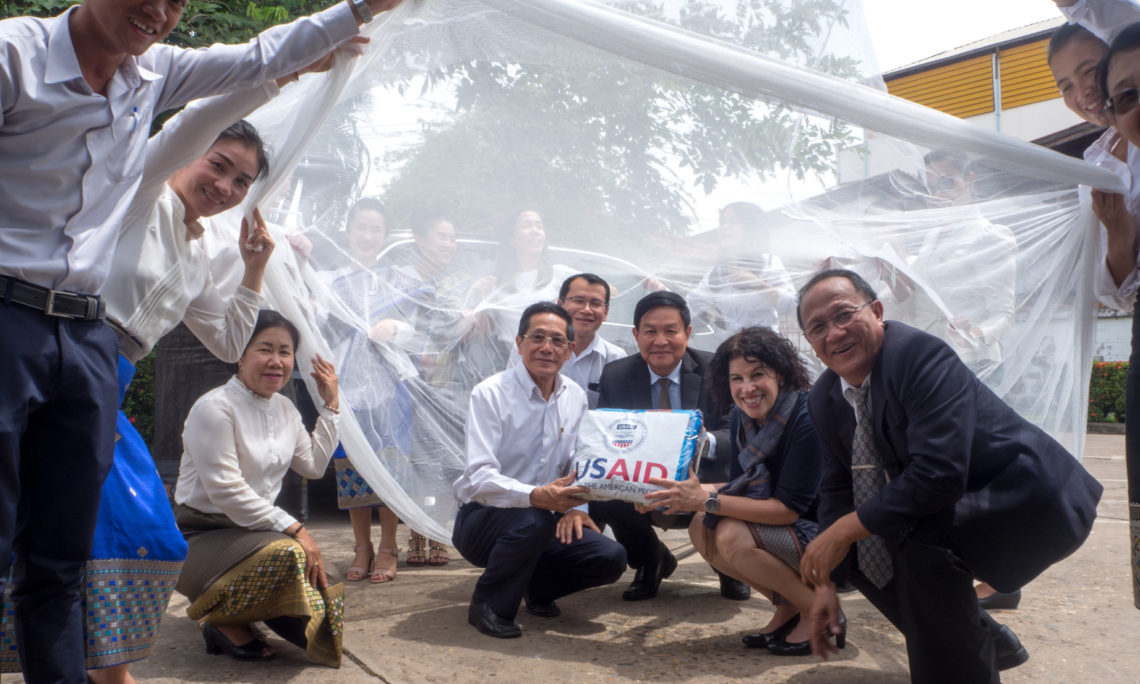 VIENTIANE, LAO PDR—Continuing the United States deep support of the Lao health sector U.S. Ambassador to Lao PDR Rena Bitter presented more than 174,000 additional mosquito nets to Mr. Khamphone Phoutthavong, Deputy Minister of Health, at a ceremony in Vientiane on July 9. These mosquito nets will be distributed to families in rural areas of the southernprovince of Champasak, where the number of malaria cases remains high.

“The U.S. Government is proud to continue working with the Government of Laos and our public health partners to contribute lifesaving supplies to prevent malaria transmission, and support Laos in its mission to eliminate malaria by 2030,” Ambassador Bitter said.

Laos achieved a steady decline in malaria cases over the past decade and has made significant progress in achieving its goal. The number of malaria cases in the country has dropped by 90 percent in recent years, down from a peak of 50,000 casesduring an outbreak in 2014 to 9,000 cases in 2018.

This mosquito net contribution represents the latest U.S. effort to support the Center of Malariology, Parasitology, and Entomology and the Lao Ministry of Health. The U.S. Agency for International Development (USAID) leads this program, through the President’s Malaria Initiative (PMI). This project aims to ensure an uninterrupted supply of public health resources and related technical assistance to strengthen the health system within Laos. This is part of a broader effort by the United States to support development of a comprehensive medical supply chain for countries in the region, including Lao PDR.

The United States works closely with the Lao Ministry of Health to identify and fill commodity gaps within regional public health supply chains. The program has already provided and distributed more than 610,688 mosquito nets, 370,000 diagnostic tests, and 111,740 anti-malarial treatments to the Lao people. In total, the U.S. Government has contributed more than $1.9 million to support the Lao government in its fight against malaria.