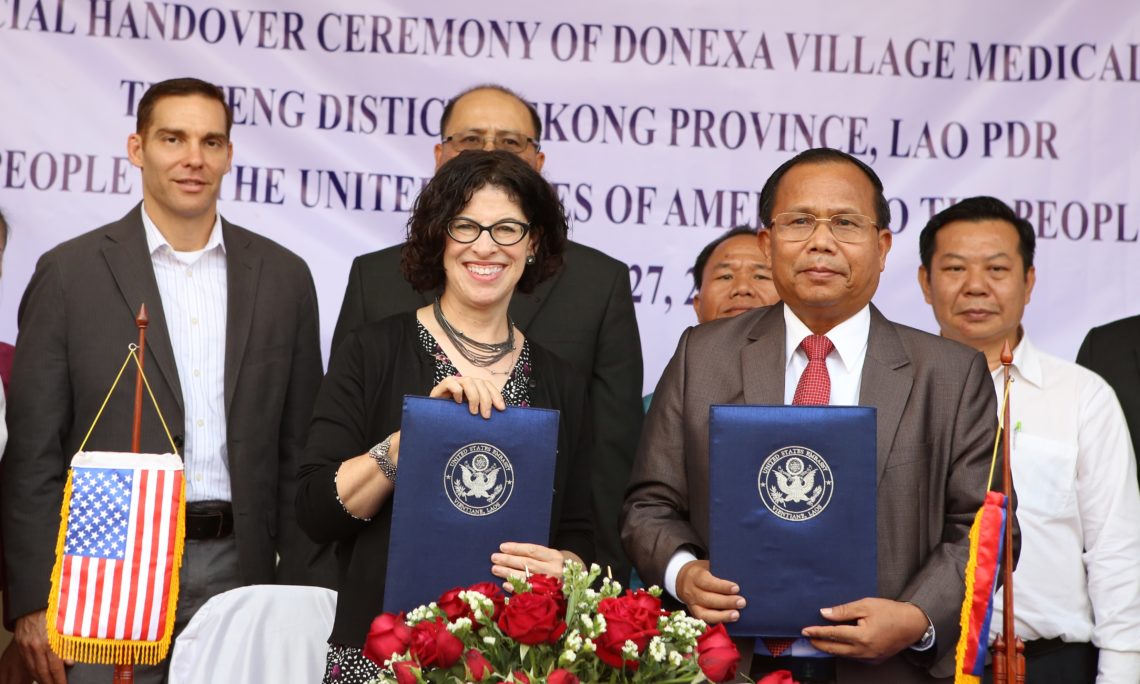 The United States Embassy and United States Pacific Command (USPACOM) formally presented three new District Hospitals and one village clinic to the following three districts: Toumlan and Samouey Districts of Salavan Province and Thataeng District in Xekong Province.  The handover ceremonies were held on February 27, 2018 in Toumlan and Thataeng Districts, and on February 28, 2018 in Samouey District.

Each project built and handed over a new district medical building on the sites of existing functional hospitals or clinic facilities. These new medical buildings will greatly enhance Provincial Public Health Departments’ ability to provide health services to the people of both provinces. The combined cost of the projects was more than two million U.S. dollars.

“These projects are designed to not only help the Lao people, but to assist the Lao PDR in meeting the country’s Sustainable Development Goals (SDG).  I believe projects such as these will continue to strengthen the relationship between the United States the Lao PDR, and improve the quality of life for Lao people throughout this country,” said Ambassador Bitter.

At the handover ceremonies in Samouey District of Salavan Province, senior provincial and district officials and representatives from the Ministry of Foreign Affairs and the Ministry of National Defense represented the Lao PDR, while the U.S. Embassy was represented by Lieutenant Colonel Thomas Bouchillon, Senior Defense Official and Defense Attaché, along with other members of the U.S. Embassy staff.

These projects are part of the continuing cooperation and partnership between U.S. Pacific Command, the Ministry of Health, and the Ministry of National Defense to help strengthen the overall health and education systems in the Lao PDR and ultimately contribute to the achievement of Millennium Development Goals.