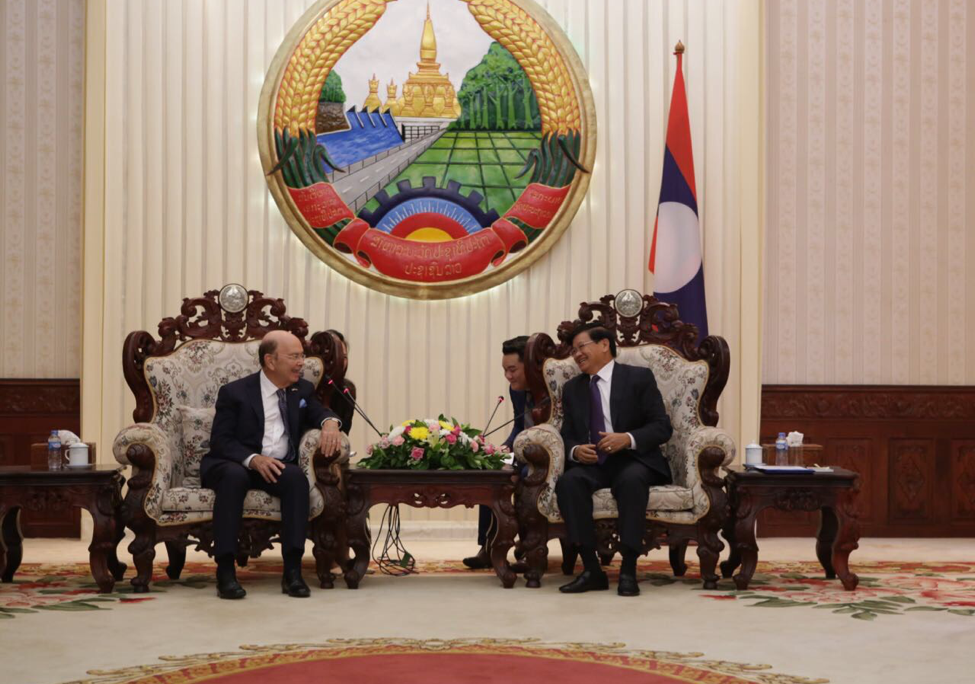 During his historic visit, Secretary Ross was hosted by Minister of Industry and Commerce Khemmani Pholsena, and he had the opportunity to meet with Prime Minister Thongloun Sisoulith and Foreign Minister Saleumxay Kommasith to discuss economic engagement between the United States and Laos.

In meetings with government counterparts, economic officials, and private sector representatives, the Secretary underscored the U.S. commitment to Southeast Asia and willingness to expand trade and investment with countries that share our objectives of fair competition, reciprocal treatment, and good economic governance.

In support of his efforts to reduce the U.S. trade deficit with Southeast Asian economies through greater exports of high value American goods and services, Secretary Ross witnessed the signings of commercial agreements in the energy sector and inaugurated the Commerce Department’s “Gold Key Services” with a presentation designed to attract Lao customers who are interested in purchasing U.S.-made infrastructure and development services.  Secretary Ross joined a happy local customer in celebrating delivery of a new American-made pickup truck at the Ford Motor Company dealership in Vientiane, and witnessed the establishment of a new Women’s Entrepreneurial Center designed to encourage economic development.

In between his official meetings and trade promotion activities, Secretary Ross visited and paid his respects at the gold-colored Buddhist stupa known as That Luang, which is regarded as the most important national monument in Laos.