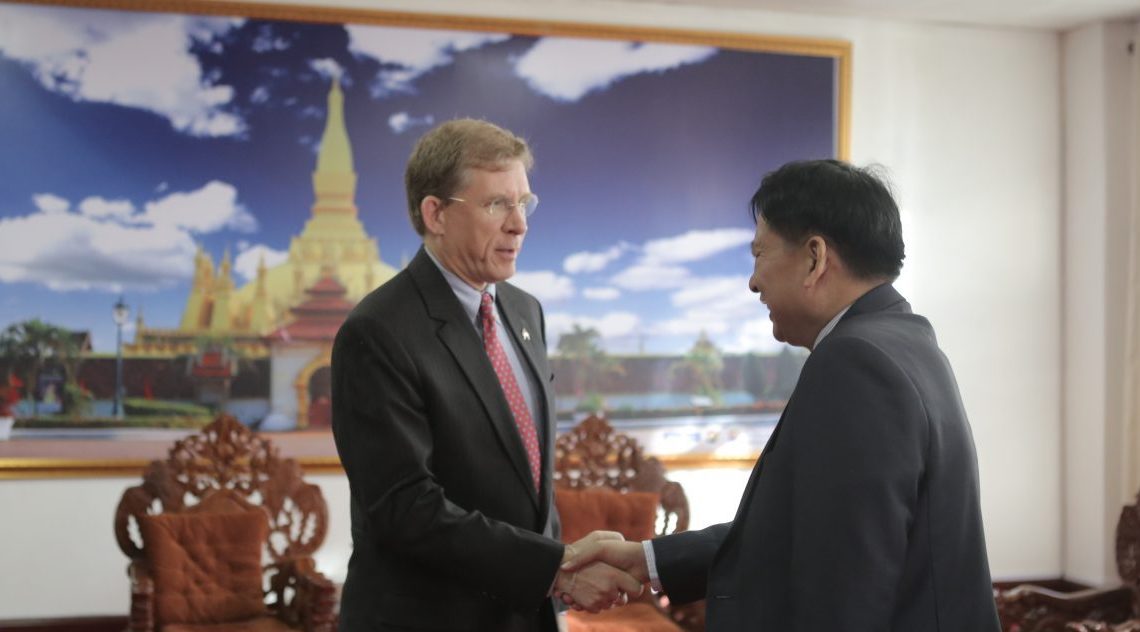 U.S. Deputy Assistant Secretary of State for Southeast Asia W. Patrick Murphy visited the Lao PDR on Jan 16 and 17. Speaking about the U.S.-Lao relationship Mr. Murphy said, “Our joint future is bright as we work together to realize the promise of the Comprehensive Partnership.” He outlined several key areas where the U.S. and Laos can strengthen their partnership including accelerating UXO clearance, investing in human and institutional development, and expanding economic and people-to-people ties.

Deputy Assistant Secretary for Southeast Asia Patrick Murphy is a career diplomat who previously served as Deputy Chief of Mission and Chargé d’affaires in Thailand (2013-2016) and Lesotho (2006-2008). He has also served as Special Representative for Burma, Director of the Office for Mainland Southeast Asia, and desk officer for Laos and Burma.