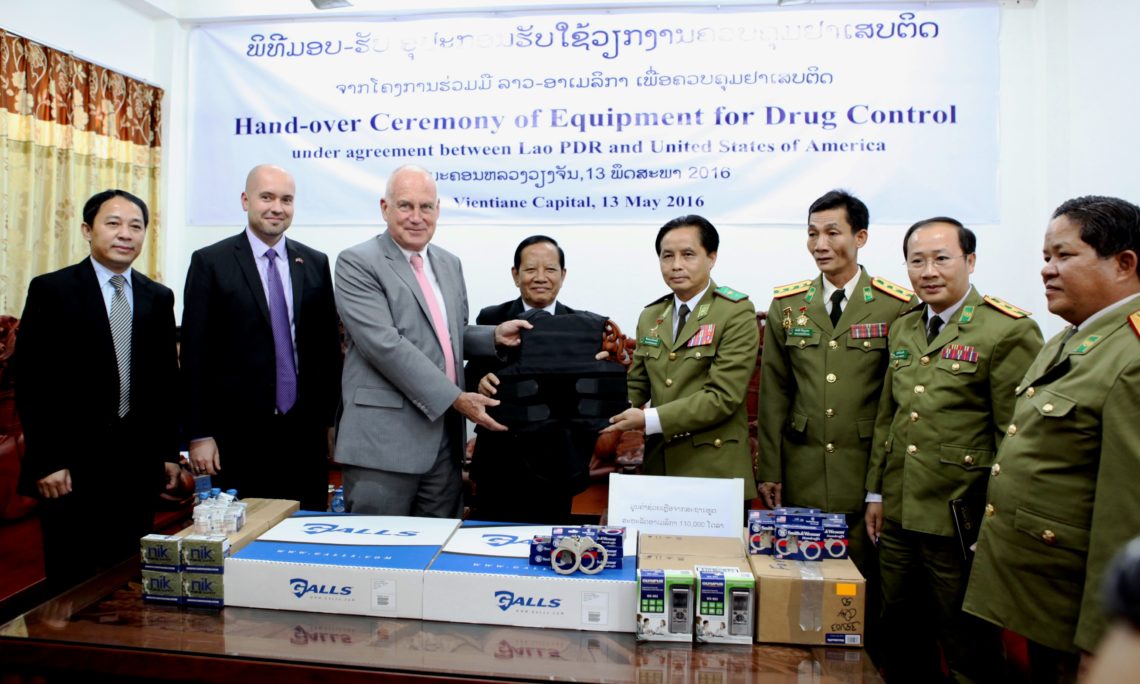 U.S. Ambassador Daniel Clune turned over $110,000 worth of equipment to the Ministry of Public Security of the Lao PDR on May 13.  Police Brigadier General, Sisavath Keomalavong, Director of the General Police Department accepted the donation on behalf of the Lao government.  The equipment, including body armor, drug test kits, and other materials, will assist the Ministry in its efforts to counter narcotics trafficking.

Ambassador Clune noted in his remarks that the U.S. has contributed over $45 million in anti-narcotics assistance to Laos.  “We are pleased to support the Lao PDR in its efforts to fight drugs because our two countries’ objective is the same: to rid our societies of the harmful effects of drug trafficking and illicit drug use.”

Chairman of the Lao National Commission for Drug Control and Supervision Mr. Kou Chansina said that the new equipment would be of great help in the pursuit of its difficult and sometimes dangerous responsibilities.

Past and current U.S. anti-narcotics assistance includes training and equipment for the drug police, training for drug counselors seeking to treat and prevent drug addiction, support for drug treatment centers, and cooperation on outreach programs to warn the public about the dangers of illicit narcotics.