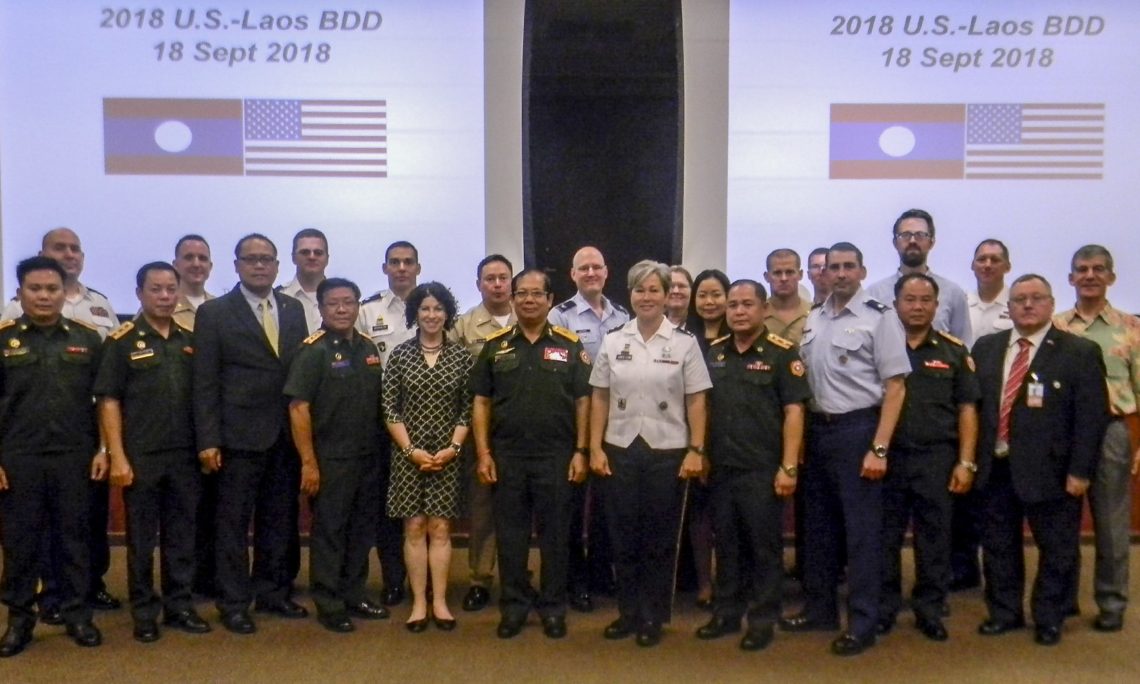 Delegates discussed strengthening bilateral and multilateral cooperation and improving practical collaboration in a range of areas.

Major General Vares-Lum last met with Brigadier General Kenchan in 2016 during Laos’ ASEAN Chairmanship. She noted substantial progress in the relationship and recognized the importance of the continuing bilateral dialogue on defense issues.

“Our countries face many shared challenges, and we can learn from each other’s experiences in areas such as disaster response and pandemic disease mitigation,” said Major General Vares-Lum.

In her opening remarks, Ambassador Bitter noted significant opportunities and areas for expansion of bilateral military cooperation between the United States and Laos, including medical training, education exchanges, and regional security workshops.

“The United States and Lao PDR share a common goal – to support the Lao PDR to develop into a strong, prosperous country and an integral member of ASEAN.  This Bilateral Defense Dialogue contributes to that common goal,” said Ambassador Bitter.

The goal of the Bilateral Defense Dialogue is to develop defense cooperation programs that enhance relations between our security forces, encourage greater regional military cooperation, and promote the common interests of both countries.

Some of the key outcomes are greater cooperation in medical infrastructure, UXO removal, and disaster relief.  Cooperation also extends into training and education opportunities such as English language training and support for Lao People’s Army participation in regional conferences, workshops, and senior level meetings.