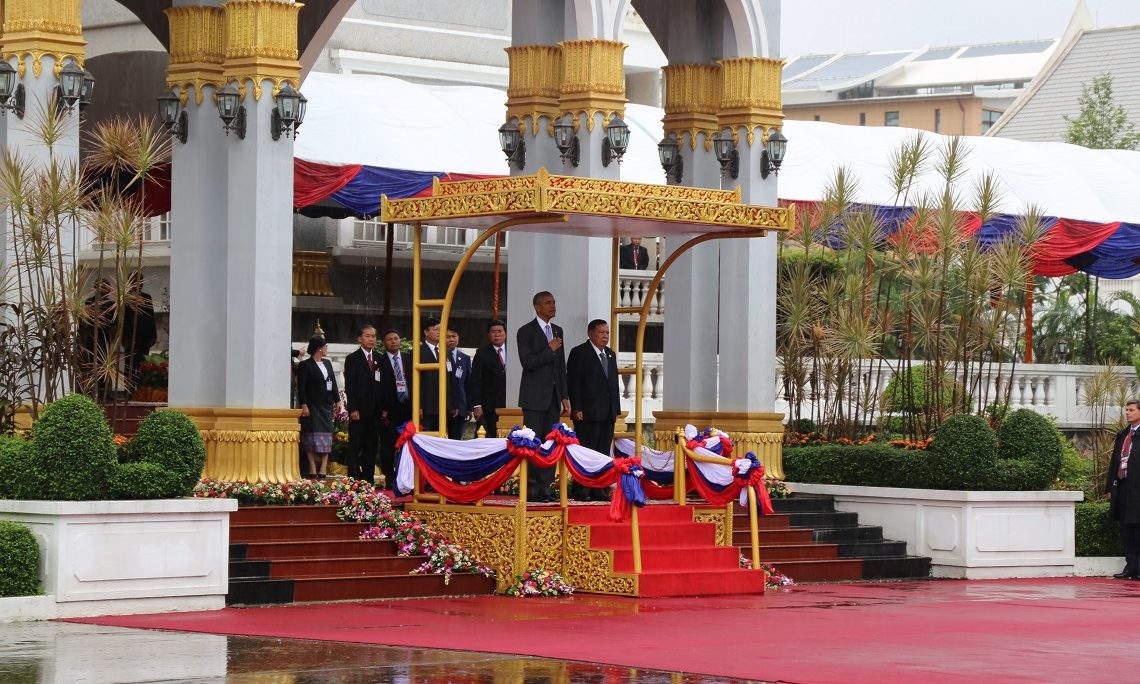 President Bounnhang Vorachit welcomed United States President Barack Obama to the Lao PDR for an official state visit on September 6th at the Presidential Palace in Vientiane.  On the occasion of this historic visit, President Obama and President Vorachit unveiled a Comprehensive Partnership between the Lao P.D.R. and the United States of America, and explored areas for future cooperation.

Through this partnership, the United States and the Lao P.D.R. are opening a new era of bilateral relations based on mutual respect, common interests, and a shared desire to heal the wounds of the past to build a foundation for the future.  The new Comprehensive Partnership will create mechanisms for cooperation in areas including political and diplomatic relations, trade and economic ties, education and training, environment and health, war legacy issues, security, human rights, and people-to-people ties.

Following the bilateral talks President Bounnhang Vorachit hosted a state lunch in honor of President Obama.  The two leaders shared a meal while watching Lao cultural performances in a sign of increased friendship and deepening partnership between the two nations.