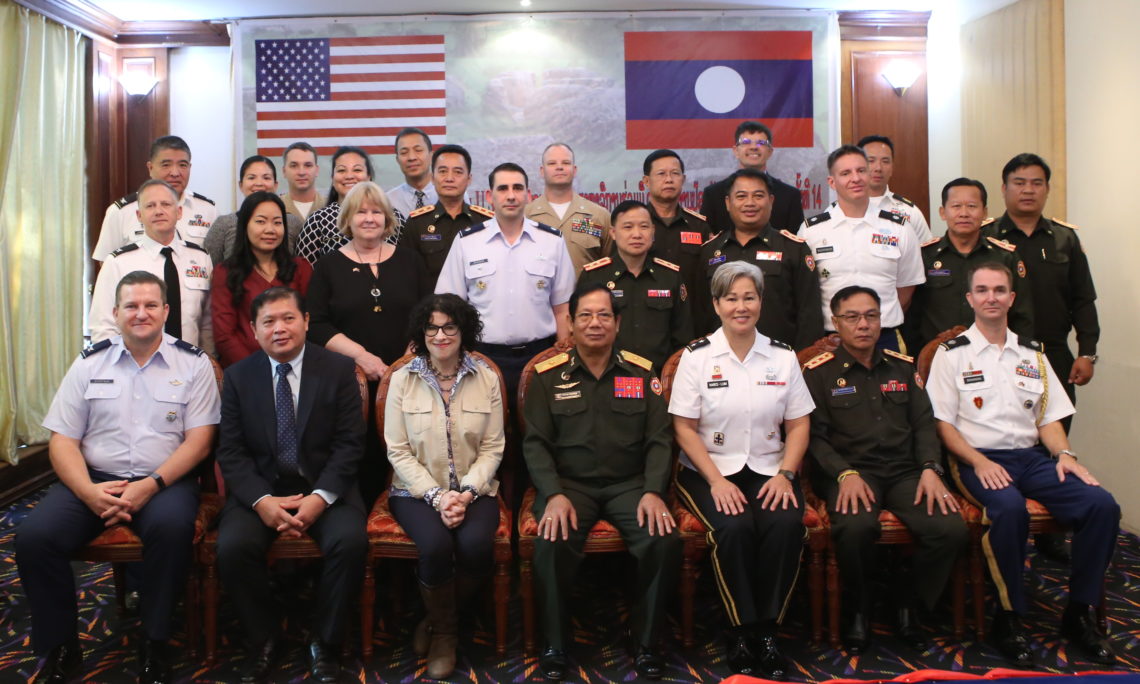 “Military cooperation between the United States and Lao PDR is an important component of our two countries’ Comprehensive Partnership, and I’m pleased to see the substantial progress we have achieved in recent years.  Opportunities for our militaries to work together is growing, and the Bilateral Defense Dialogue is a key mechanism for expanding our cooperation,” said Ambassador Bitter.

The goal of the Bilateral Defense Dialogue is to develop and improve defense cooperation programs which, in turn, enhance the relationship between defense forces, promote regional military cooperation as well as the common interests of both countries.  This year’s Bilateral Defense Dialogue focused on advancing Public Health and Military Medical partnerships, as well as civil-military operations such as UXO removal and disaster relief.  Discussions on joint training and education opportunities continued this year, with the goal of expanding professional military education, and English language training – which assists with Lao military integration with other ASEAN partners and facilitates Lao MND participation in regional conferences and senior level meetings.

Together, the United States works in partnership with the government and people of the Lao PDR to reach their strategic objectives and achieve a common goal – to support the Lao PDR to develop into a strong, prosperous country and an integral member of ASEAN.  Security cooperation between the two countries, combined with humanitarian assistance, help strengthen security, education, health and nutrition, trade and investment, rule of law, water management, and environmental sustainability throughout the Lao PDR.