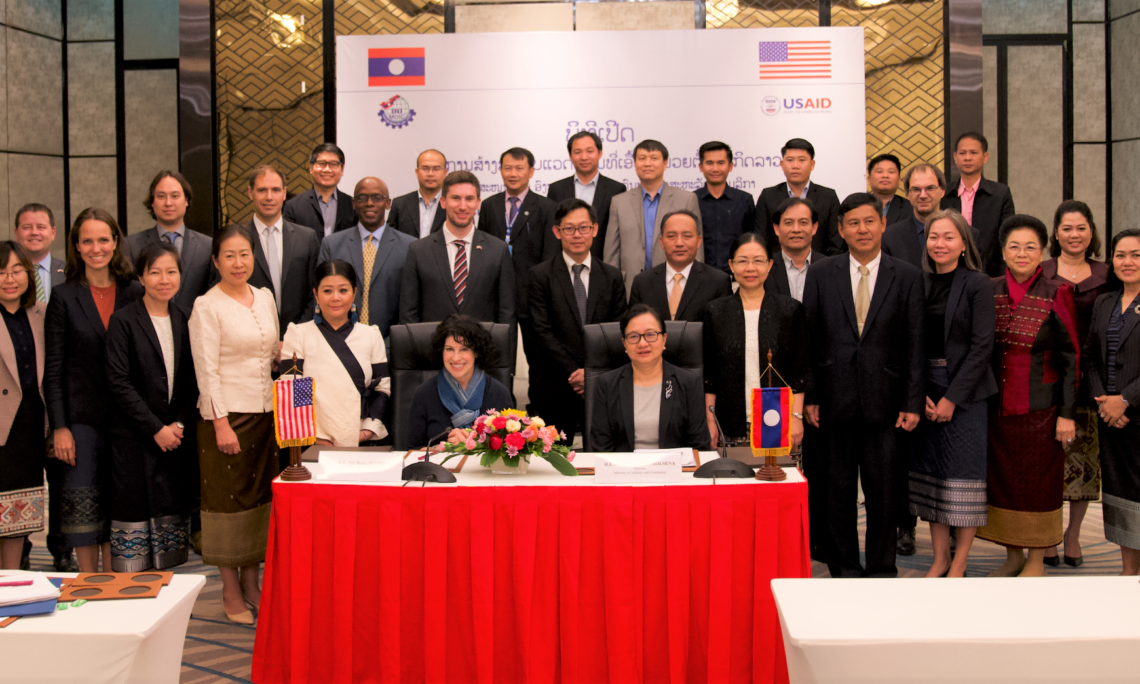 VIENTIANE, LAO PDR – Minister of Industry and Commerce Mme. Khemmani Pholsena and U.S. Ambassador to Laos Rena Bitter launched the new Laos Business Environment project at a ceremony in Vientiane on December 12.  The five-year project, funded by the United States, through the U.S. Agency for International Development (USAID), is the latest partnership between the United States and Laos aimed at supporting private sector competitiveness and facilitating trade.

“This project is yet another example of the excellent partnership between the United States and the Lao PDR on issues of trade and investment,” said Ambassador Bitter.  “We are proud of our shared effort to build a prosperous future for the Lao PDR characterized by sustainable, inclusive, and broad-based economic growth.”

The Laos Business Environment project will provide capacity building and advisory services aimed at strengthening the competitiveness of Laos’ small- and medium-sized enterprises (SMEs) while improving implementation of trade-related laws, policies, and regulations.  SMEs make up the majority of firms and are responsible for most private sector employment in Laos.  This project will target industry and service sectors with the highest growth and job creation potential.

The United States has a long history of partnering with Laos to accelerate the country’s economic development, including through two previous USAID initiatives called Lao PDR-U.S. International and ASEAN Integration (LUNA Laos) and LUNA II.  In recent years, the United States has invested a total of more than USD 22 million in assistance targeted at bolstering Laos’ economic development and facilitating regional and international trade.

“The United States has supported the Lao PDR every step of the way, from accession to the World Trade Organization in 2013, to the implementation of the U.S.-Laos Trade and Investment Framework Agreement that was signed in 2017, to bring the highest international standards and practices to Lao business” added Ambassador Bitter.

In addition to improving the business environment and expanding trade, the United States works in partnership with the government and citizens of Laos to improve competitiveness of agricultural microenterprises, strengthen the rule of law, promote health and nutrition, support people with disabilities, and improve education.