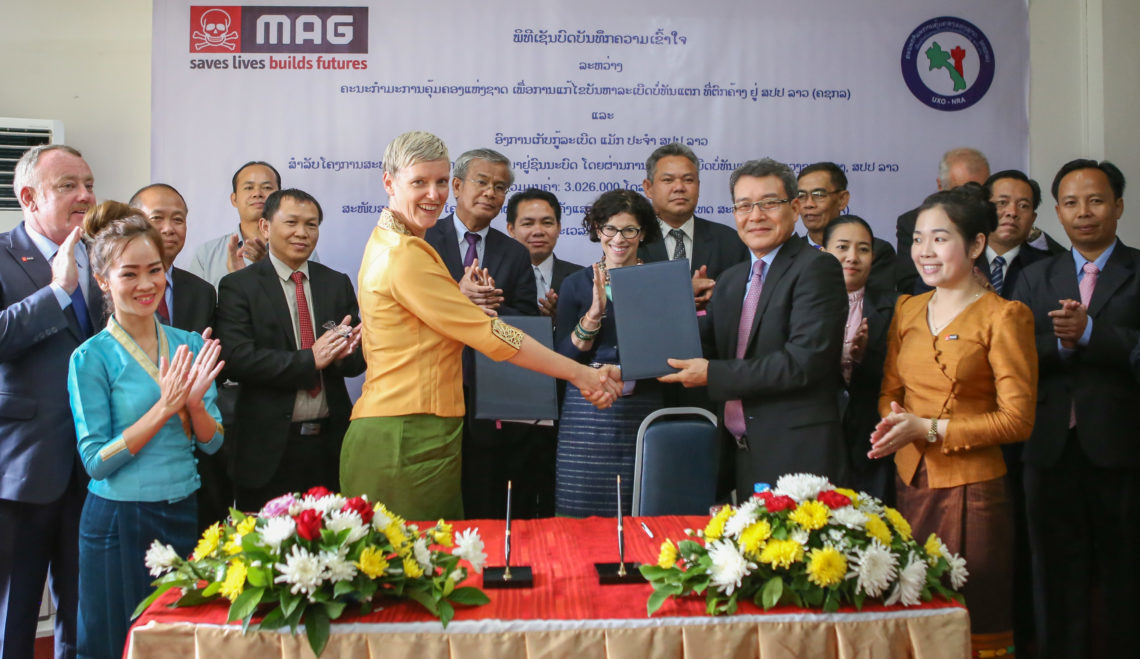 The United States Government has provided this funding to MAG to conduct the survey and clearance of unexploded ordnance (UXO) in three target districts in Xieng Khouang province.  The funding will cover non-technical surveys in 94 villages, technical surveys on a minimum of 46,860,000 m² of land, and UXO removal on over 3,408,000 m² of land in the districts of Nonghet, Khoun, and Phaxay.

U.S. Ambassador Rena Bitter said, “This funding will contribute to the development of the Lao PDR, not just by ensuring the safety of rural communities, but also by aiding the economic development of the rural areas of this country.”  Ambassador Bitter added, “Xieng Khouang is a province that has been particularly impacted by UXO, and the American people are very proud to support the Lao NRA for UXO in working with MAG Laos to advance its development.”