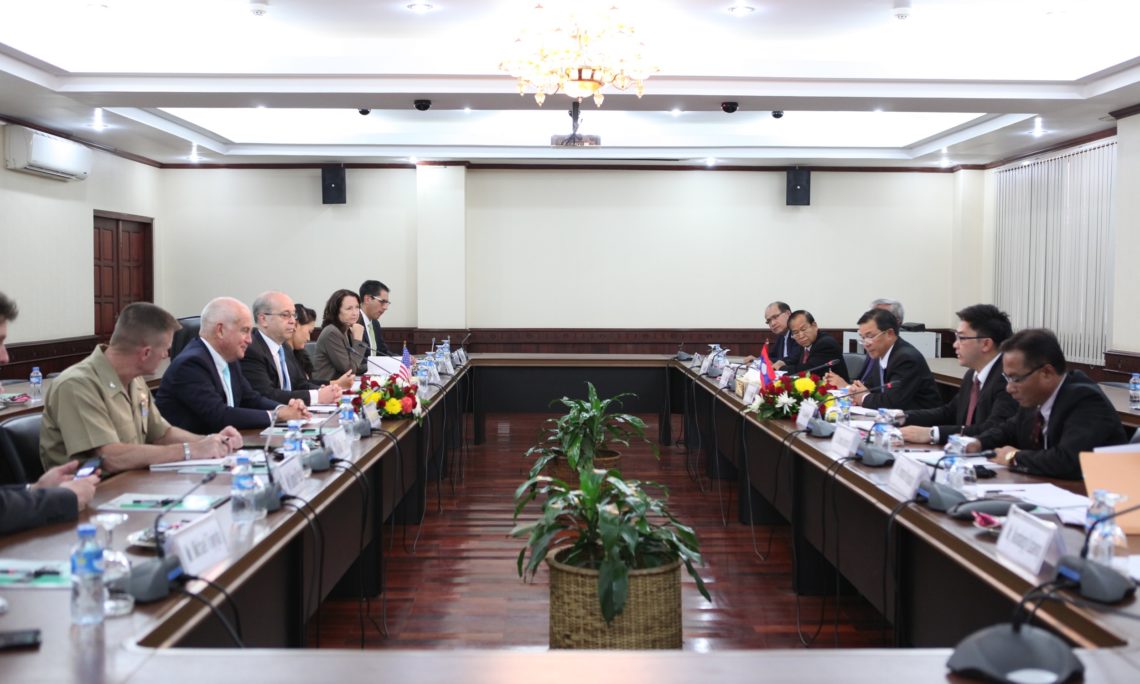 The United States and Lao PDR conducted their seventh annual Comprehensive Bilateral Dialogue on May 6 in Vientiane.  Assistant Secretary of State Daniel Russel led the U.S delegation, which included officials from the U.S. Departments of State and Defense and the United States Agency for International Development.

During their discussions, Assistant Secretary Russel and Lao Vice Minister of Foreign Affairs Sengphet Houngboungnuang agreed that the U.S.-Lao relationship is stronger than ever.  Both officials discussed the importance of the upcoming visit to Laos of President Barrack Obama in September, which will be the first visit by a U.S. President.  In addition, they discussed Laos’ current role as chair of ASEAN and the opportunities that the country has when it welcomes world leaders for the ASEAN and EAS Summits this year.

Assistant Secretary Russel reconfirmed a U.S. commitment to help Laos remove unexploded ordnance (UXO) and to fund specialized teams to conduct this important work.  He highlighted the progress that Laos has made in surveying, locating, and clearing UXO, and said the United States is eager to help Laos speed up the process to protect lives and livelihoods and to assist in the economic growth of Laos.  U.S. and Lao officials also reviewed progress towards locating the remains of personnel missing from the Indochina conflict period.

U.S. and Lao officials agreed on goals for a comprehensive U.S. development assistance program in Laos, valued at nearly $50 million.  Vice Minister Sengphet thanked the United States for its support of Laos’ Sustainable Development Goals, particularly in nutrition, health, education, trade, and justice.  He also discussed the benefits of U.S. assistance for Laos’ ASEAN Chairmanship year, which includes training of officials in policy related issues and summit logistics, and in English language.

U.S. and Lao officials also reviewed broader regional and global developments.  Assistant Secretary Russel emphasized the commitment of the United States to constructive and beneficial relations with Laos and with ASEAN, indications of the importance the United States places on the broader Asia Pacific region.