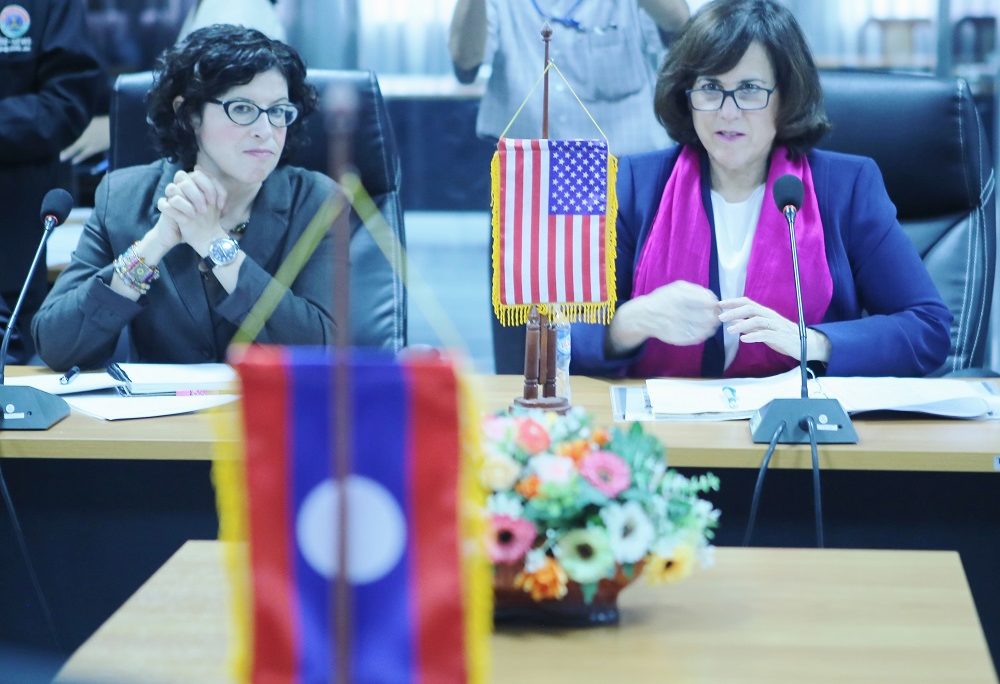 A senior delegation from the Office of the United States Trade Representative, led by Assistant U.S. Trade Representative Barbara Weisel and joined by Ambassador Rena Bitter, met with H.E Somchith Inthamith, Vice Minister of Industry and Commerce, and other Lao government officials to discuss deepening economic, trade, and investment ties on March 22 in Vientiane. The talks were the first under the new Trade and Investment Framework Agreement, signed between the government of Lao PDR and the government of the United States in 2016. The parties also discussed enactment of Laos’ World Trade Organization commitments and the expansion of Lao-U.S. trade and investment cooperation.

The Trade and Investment Framework Agreement provides a vehicle for strengthening U.S.-Lao trade and investment relations by creating a forum for the United States and Laos to engage on bilateral trade and investment issues. It also facilitates coordination on multilateral and regional issues, including issues related to the ASEAN.