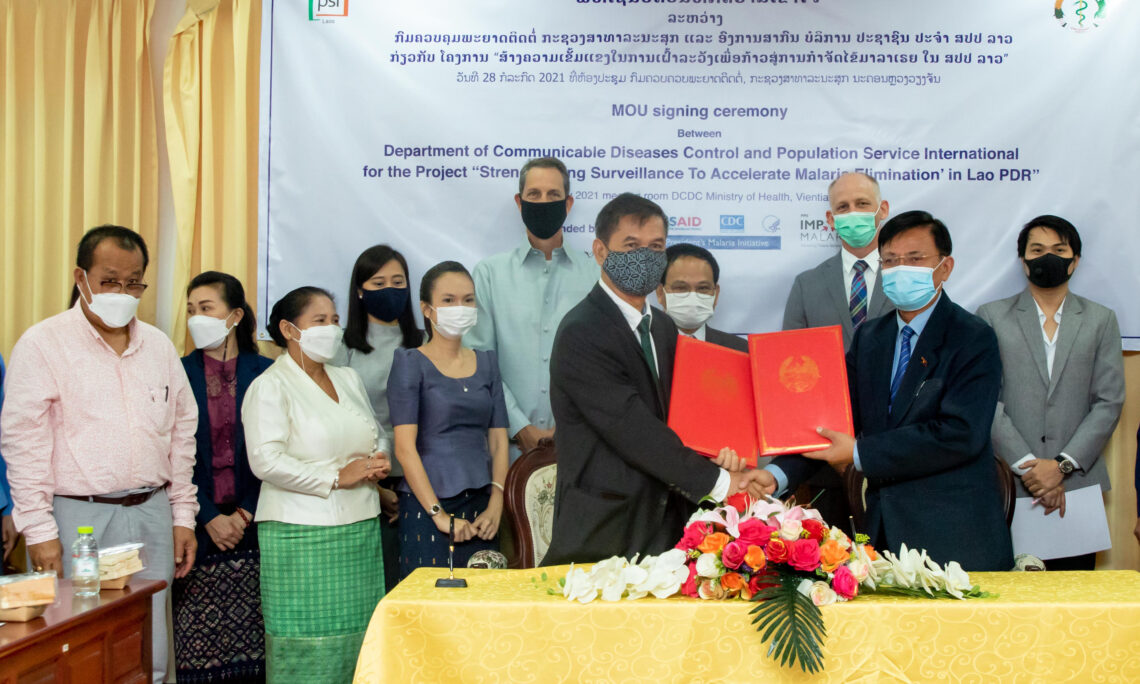 VIENTIANE, LAO PDR — The United States provided $700,000 to Population Services International in support of the Ministry of Health, Department of Communicable Disease Control, Center of Malariology, Parasitology, and Entomology (CMPE), via the U.S. Agency for International Development (USAID) and the U.S. President’s Malaria Initiative (PMI). This grant will support the Strengthening Surveillance to Accelerate Malaria Elimination project under the Impact Malaria Program in Lao PDR, from 2021 to 2023.

“The United States is proud to continue working with the Lao PDR, public health and INGO partners, in support of the Lao government’s efforts to improve and protect the health of the Lao people, contributing to the Strengthening of Surveillance to Accelerate Malaria Elimination project and supporting Laos in its goal to eliminate malaria by 2030,” said Mr. Ronning.  “For over 10 years the United States has stood with Laos in the fight against diseases like malaria. The U.S. Government has invested over $3.5 million in technical assistance and supplies, including over 700,000 mosquito nets, nearly 1,000,000 diagnostic test kits, and antimalarial drugs to the people of Laos.”

The goal of the project is to strengthen malaria surveillance at both the healthcare facility and healthcare worker levels in Laos, driving further progress towards national malaria elimination goals. The project will aim to achieve its goals by strengthening the National Malaria Program in Laos at the central level.
To enhance existing elimination approaches, USAID and PSI Laos will collaborate with CMPE to conduct training, evaluating the 1-3-7 malaria elimination strategy, including how to conduct data analysis, oversee case investigations, and utilize data for evidence-based decision-making. This latest contribution made by PMI through USAID reaffirms the commitment of the U.S. to Lao PDR and the support of the U.S. to combat mosquito-borne diseases in South East Asia.

PSI Laos has been working with the Lao government in the fight against malaria and in other health areas for more than 20 years.