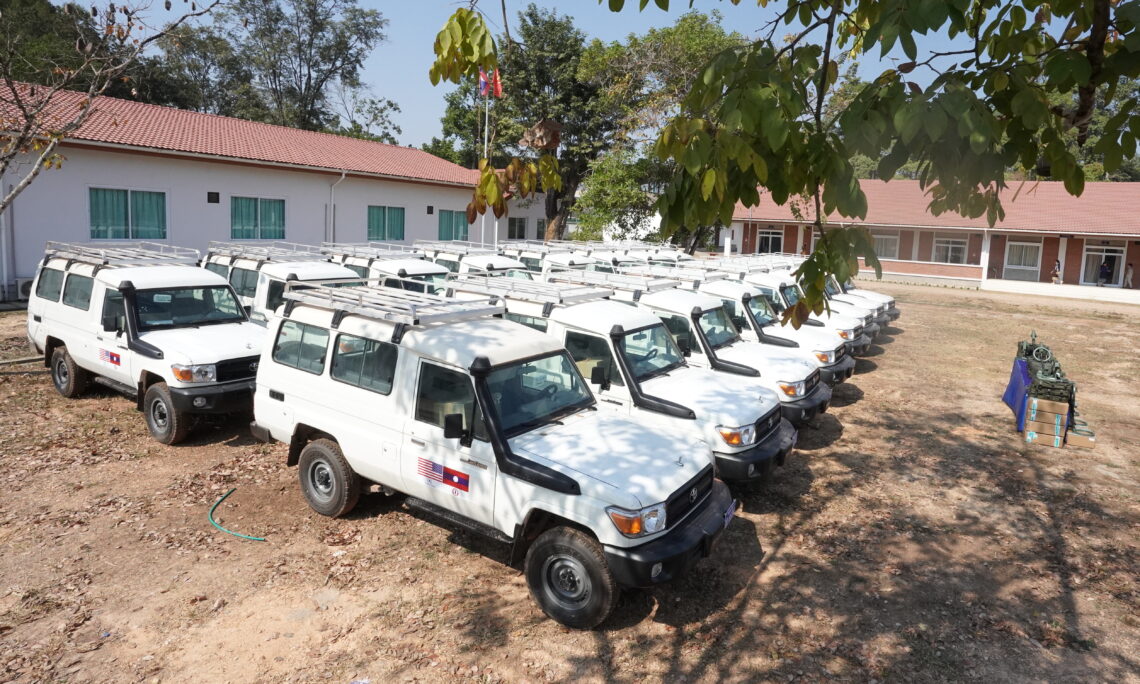 “It is wonderful to know that these vehicles will allow the hardworking UXO Lao team members to be well equipped to undertake their important work, even in rough and remote locations, in the most effective and efficient way possible” said Ambassador Haymond during the ceremony.

2021 marks the 5th anniversary of the U.S.-Lao Comprehensive Partnership.  This donation is part of the Partnership, as the United States supports Lao PDR in working to achieve Sustainable Development Goal #18 – eliminating UXO as a barrier to national development by 2030.  The United States is the largest donor to that effort, having contributed more than $230 million since 1995.  This year, U.S.-supported UXO activities will work to significantly increase area clearance capacity, through UXO Lao and three international partners: the HALO Trust, Mines Advisory Group, and Norwegian People’s Aid.  Support from the United States has facilitated an increase in the number of UXO Lao survey and clearance teams in Lao PDR from 17 teams in 2014, to 60 today.

The U.S. government will continue working with NRA and UXO Lao to identify other ways to enhance the capacity of the UXO sector in line with the Government of Lao’s priorities and a shared vision of eliminating UXO as a barrier to national development by 2030.