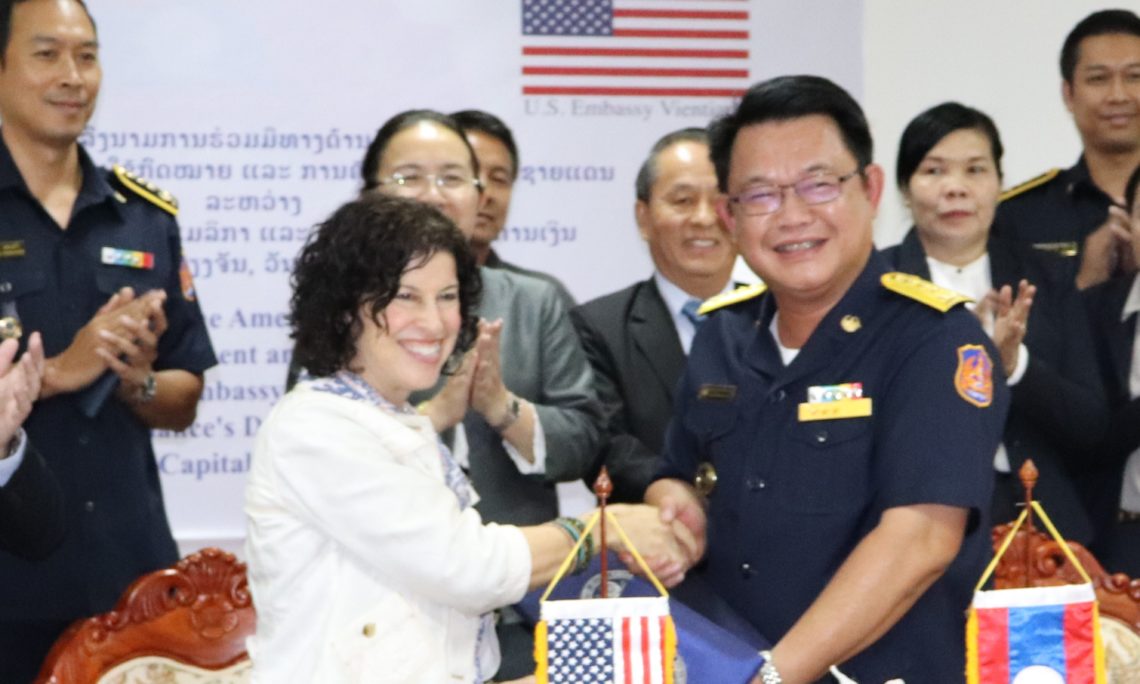 VIENTIANE, LAO PDR: The United States and the Lao PDR signed an Amended Letter of Agreement between the U.S. Embassy in Vientiane and the Department of Customs in the Ministry of Finance of the Lao PDR to strengthen bilateral cooperation in the areas of Law Enforcement and Border Security.

This new agreement commits more than $1.2 million from the U.S. Government to support and enhance the Lao PDR’s capability to interdict a broad range of contraband imported to or exported from the Lao PDR across international borders, such as narcotics, illegal wildlife products, and counterfeit goods.  The project will also help the Lao PDR combat human trafficking.

This agreement will also improve border security management operations by providing a series of trainings for customs officials and other law enforcement officers in the areas of border security enforcement and interdiction. These regional and domestic trainings will help the Lao government achieve international standards in how it polices its borders and protects its citizens from transnational criminal activities.

Additionally, program assistance will support the Lao government to procure the equipment and tools necessary to fight crime and better secure Laos’ borders.

The program covered by this Letter of Agreement will last up to five years and will be administered by the U.S. Embassy’s International Narcotics and Law Enforcement (INL) Section.

INL is a bureau within the U.S. Department of State that is working in 80 countries worldwide. It supports foreign governments to strengthen justice systems and build effective law enforcement institutions that counter transnational crime.