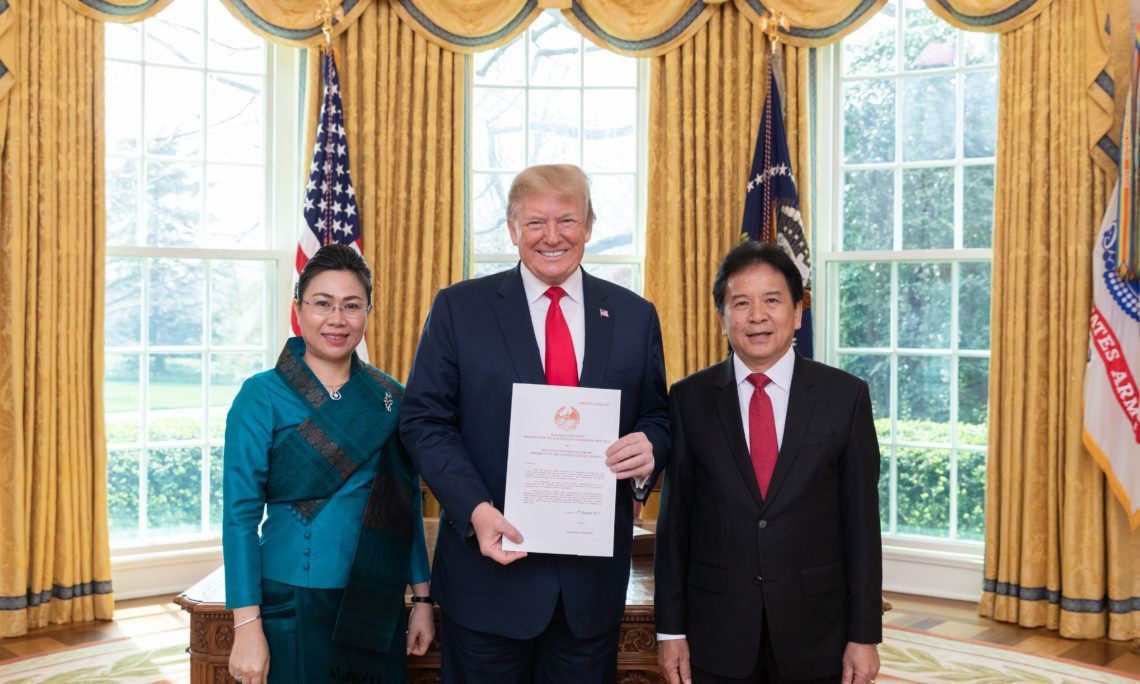 VIENTIANE, LAO PDR – On April 8, President Donald J. Trump formally accepted the credentials of the new Lao Ambassador to the United States, Ambassador Khamphan Anlavan, at the White House in Washington, DC.  Ambassador Khamphan’s presentation of credentials in the Oval Office followed the successful completion of the ninth annual U.S.-Laos Comprehensive Bilateral Dialogue and the ASEAN-U.S. Dialogue meetings on March 27 and 28, 2019, which also took place in Washington, DC.

Together, these meetings help demonstrate the importance of U.S.-Lao relations to both the government and people of the United States, and our country’s commitment to continuously expand ties between the two countries, to ASEAN centrality and a free and open Indo-Pacific.

“In the past three years, cooperation between the governments and people of the United States and Laos has experienced rapid growth in terms of the number of people, programs, and issues in which we work together,” said U.S. Ambassador to Lao PDR Rena Bitter.  “Ambassador Khamphan will be a great partner in Washington as we continue to deepen the warm ties between our two peoples and governments.  The U.S. is focused on the importance of ASEAN centrality and committed to a strong bilateral relationship based on respect for Lao sovereignty,” she added.

The United States Embassy sincerely appreciates the efforts of the Government of the Lao PDR as ASEAN Country Coordinator for the United States, and we offer early wishes to all Lao people for a joyful and prosperous Lao New Year from April 14-16, 2019.