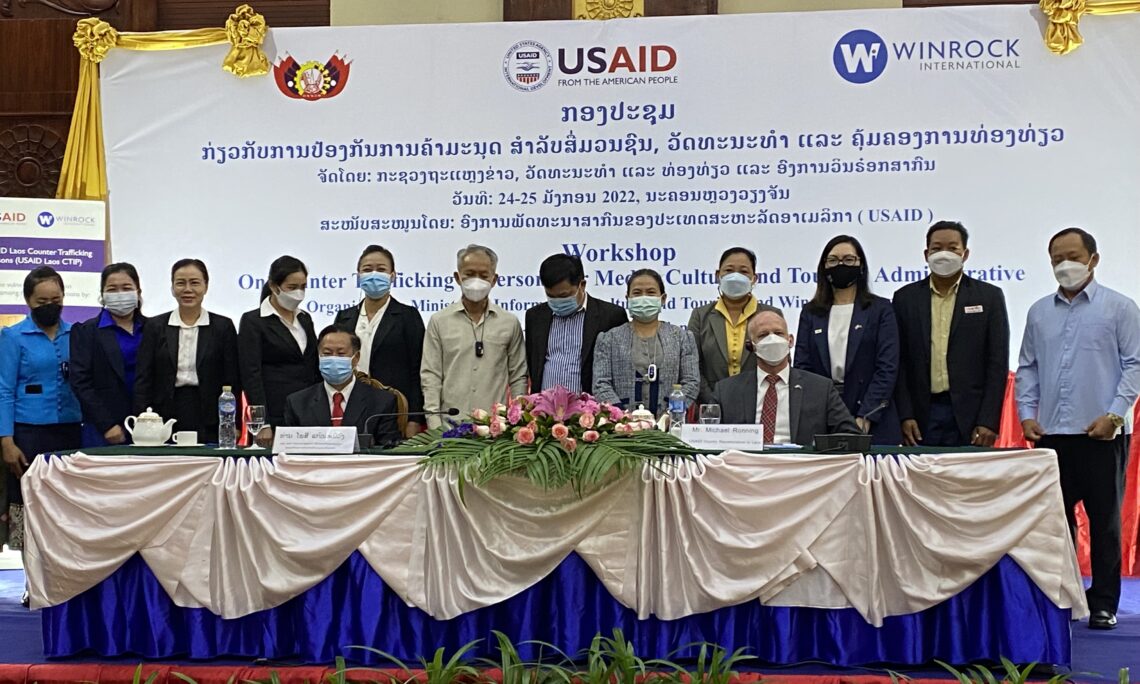 With support from the United States through the U.S. Agency for International Development (USAID), the Department of Media, the Ministry of Information, Culture, and Tourism (MICT), and Winrock International conducted a workshop on countering trafficking in persons for media, culture, and tourism stakeholders.  The workshop aimed to help media representatives understand their role in countering trafficking in persons and provide them with tools to do so.

“The media plays a crucial role in reaching out to vulnerable populations and delivering the right message on prevention of trafficking and protection of the victims,” said Mr. Ronning.  “The United States is committed to supporting the Government of Lao PDR to counter trafficking in persons.  Given the recent 5th anniversary of the U.S.-Lao Comprehensive Partnership, the U.S. Government will continue to further strengthen our cooperation and support the Lao PDR to achieve its goals to counter trafficking in persons.”

This workshop was supported by USAID through the Laos Counter Trafficking in Persons (CTIP) project, implemented by Winrock International.  Laos CTIP aims to reduce the vulnerability of human trafficking among targeted populations in Laos by raising awareness about trafficking, supporting vocational training and employment opportunities, and strengthening the capacity of concerned stakeholders to counter trafficking.