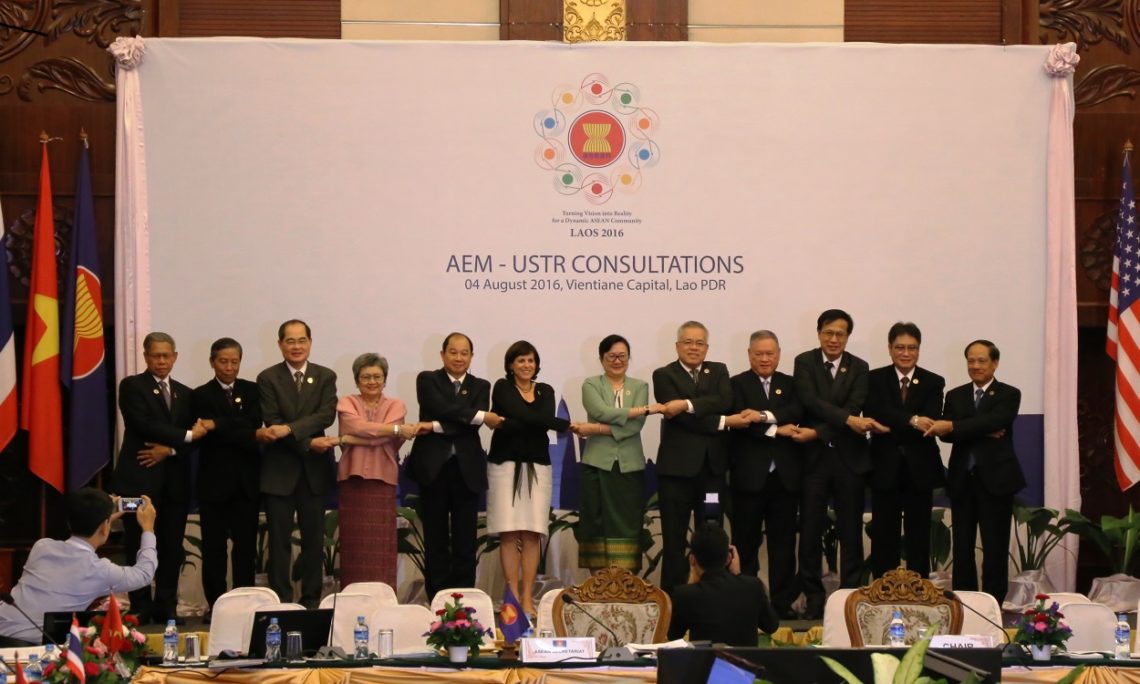 The United States commended the establishment of the ASEAN Economic Community (AEC) in 2015 as a major milestone in regional economic integration. The U.S. also welcomed the new AEC Blueprint 2025, which envisages an AEC by 2025 that is highly integrated and cohesive; competitive, innovative and dynamic; with enhanced connectivity and sectoral cooperation; a more resilient, inclusive, and people-oriented, people-centered community; and integrated with the global economy.

The Ministers were pleased with the success of the AEM Roadshow to the U.S., which was held on 17–18 February 2016, back-to-back with the Special U.S.-ASEAN Leaders Summit in Sunnylands, California, United States. Focusing on innovation and entrepreneurship, the Roadshow further strengthened ASEAN-U.S. connections and generated increased awareness of the presence ASEAN as a region and vital trading partner of the United States