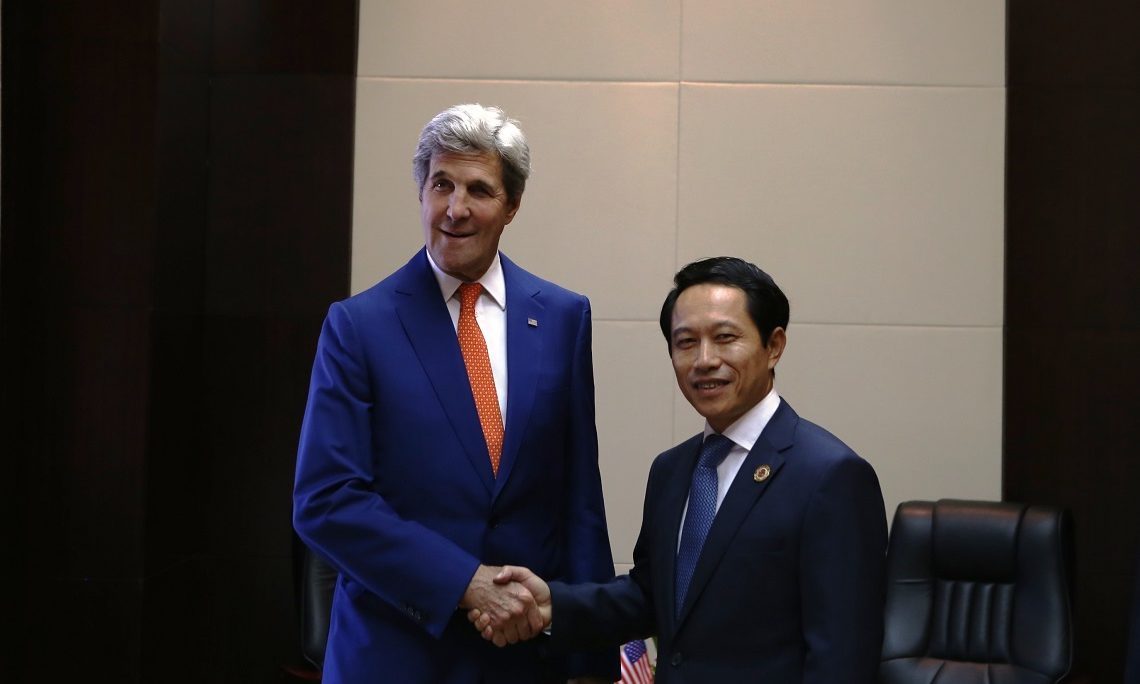 U.S. Secretary of State John Kerry traveled to Vientiane, Laos on July 25-26 to participate in the ASEAN Regional Forum, the East Asia Summit Foreign Ministers Meeting, the ASEAN-U.S. Ministerial Meeting, and the Lower Mekong Initiative Ministerial Meeting. This is Secretary Kerry’s second trip to the Lao PDR this year, reaffirming the U.S commitment to expanded engagement in the Lao PDR and Asia more broadly.

During the ASEAN-U.S. Ministerial Meeting on July 25, Secretary Kerry highlighted the importance of ASEAN centrality.  Following that meeting, Secretary Kerry, together with his counterparts at the Lower Mekong Initiative Ministerial, launched the Sustainable Infrastructure Partnership, which will train officials from throughout the Lower Mekong to improve public policy and technical capacity on infrastructure issues.  The following day the Secretary discussed the region’s security architecture and shared transnational challenges at the ASEAN Regional Forum.